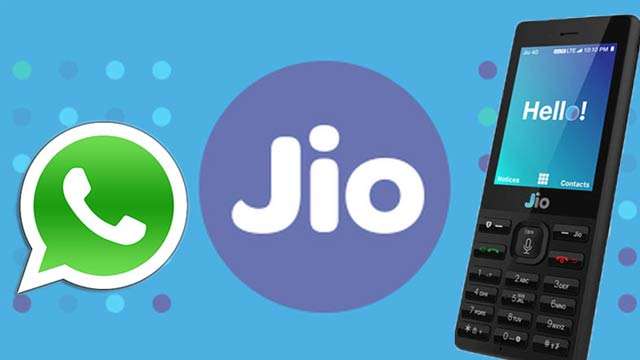 Mumbai: Popular Instant Messaging App Whatsapp is now available on Jiophone and Jiophone-2. RIL Chairman Mukesh Ambani , during the launch of Jiophone-2 last July, had announced that the messaging app would be made available on the feature phone. WhatsApp has built a new version of its private messaging app for JioPhone, running the Jio-KaiOS.

The new app offers the best of WhatsApp including fast and reliable messaging and the ability to send photos and videos — all end-to-end encrypted. It’s also easy to record and send voice messages with just couple taps on the keypad. To get started, JioPhone users only need to verify their phone number and then they can begin chatting with other WhatsApp users one-on-one or in groups.

Jio was launched two years ago to empower every Indian with the power of data so that they could do magical things. In less than two years, Jio garnered a subscriber base of over 215 Million users, creating a world record of sorts. Jio had launched the 4G enabled feature phone ‘Jiophone’ in August 2017,