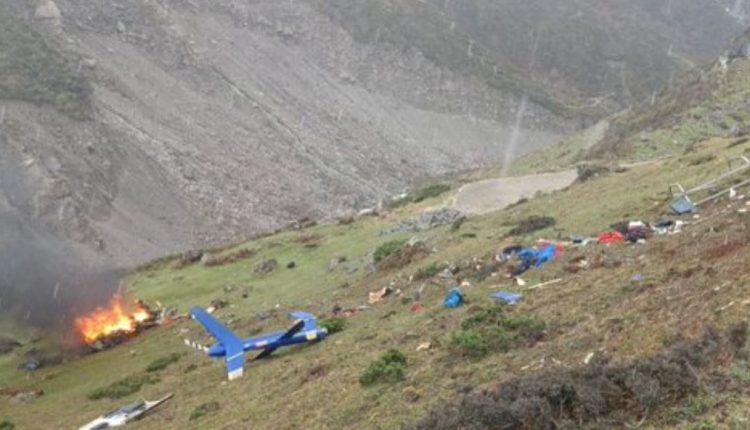 Kedarnath : An Aryan helicopter crashed near Phata after taking off from Guptkashi. It was on its way to Kedarnath with pilgrims and was to cover 33 km. Six bodies have been recovered, so far, according to media reports. Fog and poor visibility are said to be the reason for the crash.