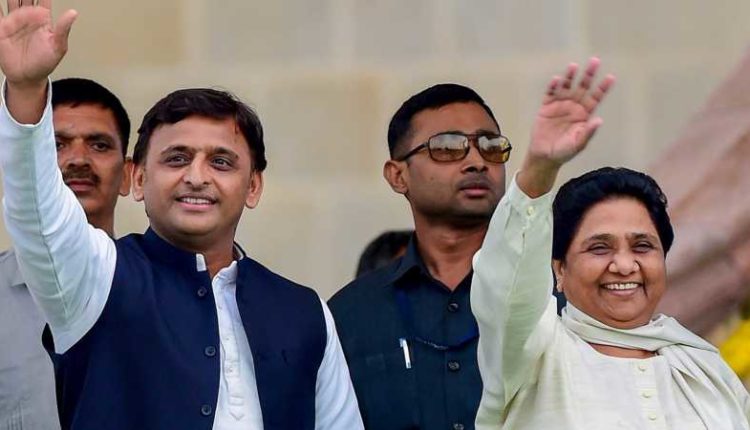 “BSP leader Mayavati’s disgrace is my disgrace” Samajwadi Party Chief Akhilesh Yadav today advised his party workers while announcing alliance between the two parties. The advice may appear as a normal advice, but has its own significance, as both the regional parties have so far been regarded as two opposite poles in Uttar Pradesh Politics.

For several decades party workers of SP and BSP have regarded each other as their primary opponent. However, the resurgence of BJP in the state as the primary force under the leadership of Prime Minister Narendra Modi and Chief Minister Yogi Adityanath, has managed to meet the two parallel forces in UP Politics. But, the success of the alliance would largely depend on how fast the party workers are able to bring harmony between them, forgetting  their long history of enmity.

The two parties today formally announced their tie-up for the 2019 Lok Sabha elections. At a press conference at Lucknow, the two leaders announced that both parties will contest 38 seats each out of 80, while two seats have been reserved. The rest two, Amethi and Rae Bareli are for the Congress.

“We (BSP-SP) have decided to contest the upcoming Lok Sabha elections together, this will lead to a new political revolution in the country,” the BSP chief said.

“The BSP-SP will contest 38 seats each out of 80 seats. We are confident of defeating the BJP unless they tamper with the electronic voting machines. However, the alliance will not stand to benefit in any way by including the Congress,” Mayawati said.

In 2014, the BJP had won 71 seats in Uttar Pradesh while its ally Apna Dal bagged two. The Samajwadi Party won 5 seats and the Congress two, while the BSP drew a blank.