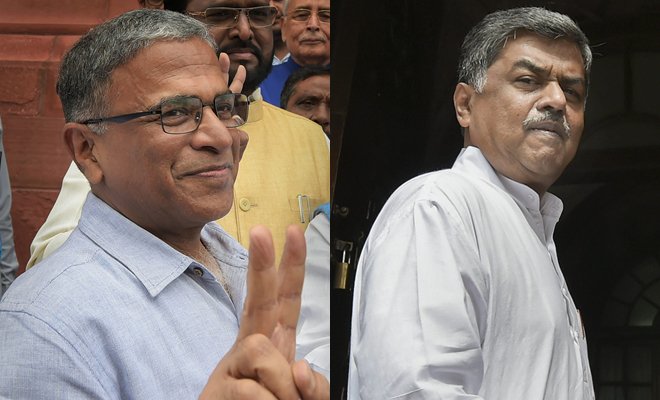 New Delhi: The crucial Rajya Sabha deputy-chairman election will be held today which is being seen as a show of strength of both the ruling NDA and the opposition’s Maha Gathbandhan (GrandAlliance). Voting is scheduled to start at 11 am. Union Minister Arun Jaitley is likely to attend the House to participate in the voting.

With several parties like DMK, AAP, YSR Congress are likely to absent from the house,  the NDA candidate Harvansh Narayan Singh is at a comfortable position and may get 126 votes.

Yesterday,   the Odisha based regional party BJD today announced its support for the NDA candidate Harvansh Narayan Singh. BJD Supremo and Odisha Chief Minister Naveen Patnaik has already confirmed his party’s decision. BJD has 9 MPs in the upper house. He also confirmed that the Prime Minister Narendra Modi has called him for the support. Yesterday, NDA ally Shivsena also announced its support for the NDA candidate.

Earlier, Bihar Chief Minister Nistish Kumar, BJP president Amit Shah had called Naveen asking for his support in the deputy-chairman election. The opposition, on the other hand, has fielded senior Congress leader BK Hariprasad as its candidate for the deputy-Chairman post.