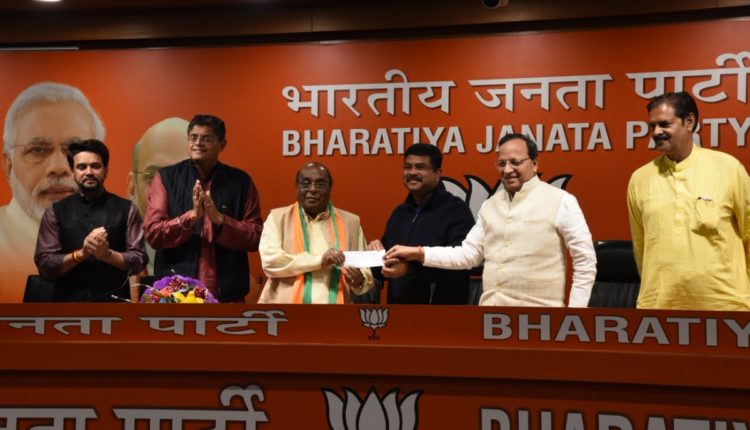 Rout, a seven-time MLA, joined the Saffron Party hours after he said he will continue his fight to ensure that Naveen Patnaik (President of BJD) fails to form Government in the State in the upcoming elections. Speaking to the media, Rout said that the good governance of Prime Minister Narendra Modi and leadership quality of party’s national president Amit Shah forced him to join the BJP.

“After a lot of mental exercise, I joined the BJP today. Late Biju Patnaik had brought me to politics and his sole agenda was to work for the people but things changed after his demise and Naveen Patnaik became the chief minister. He has no love and affection for the people of Odisha. His government is dipped in corruption. It’s the duty of a minister to curb corruption but even after repeated complaints, Naveen didn’t take any action against the corrupt people and continued supporting them,” he alleged.

The 77-year-old leader, who often courted controversies for his statements, was expelled from the ruling BJD in September last year for his alleged anti-party activities.