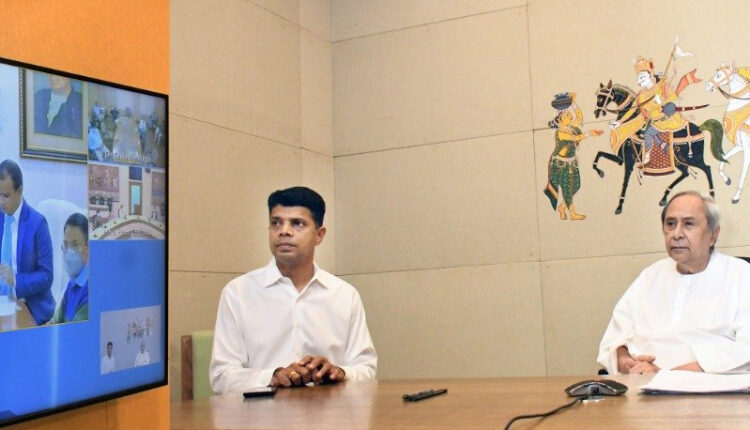 Bhubaneswar: Odisha Chief Minister Naveen Patnaik has said that his Government is working hard for the safe return of the students and other people stuck in war-hit Ukraine.

He said this while virtually interacting with a few Odia students who have been successfully evacuated from the Ukraine. At least seven students have landed in New Delhi from the Ukraine so far while about another 500 students are still stranded there, sources said.

Welcoming the students on their return to India, the CM said, “We are so relieved. We are also working for the safe return of other Odia students as soon as possible.”

The students briefed the Chief Minister about how they evacuated from the war torn country and requested him for safe evacuation of the Odia students stuck in very difficult situation in Kharkiv area.

“Most of the Odia students have struck in the Kharkiv area, which is now turned into a war zone,” a returning student told the Chief Minister.

“We are working hard to see that they return to India as fast as possible. I have already spoken to the home minister and the external affairs minister to help us as much as possible. I will speak to them again,” assured Patnaik.

The Chief Minister has directed concerned officials to open a help desk in Mumbai. He also asked to make arrangements for transportation of the returned Odisha students from Bhubaneswar to their native place through government-run OSRTC buses.

Speaking to media persons in New Delhi, Resident Commissioner and Nodal Officer appointed for evacuation of the Odias from the war-hit country, Ravi Kant said seven students from the State, who were stranded in different parts of Ukraine, have reached Delhi.

He further said all arrangements are being made as per the instructions of the Chief Minister. Stating that about 500 students were still stuck there, Kant said, “Our 24/7 control room is in operation. We are contacting all who are in distress, collecting their feedback. We are arranging food, transportation and addressing the issues faced by them,” Kant said.

“We are in touch with the students. Our teams are working in close coordination with the Ministry of External Affairs and Ministry of Civil Aviation for evacuation of the students,” he said.

The nodal officer said he is hopeful that at least 25 per cent of the Odia people stranded in the Uterine will return to India in a couple of days.

MoD signs contract worth Rs. 1,075 Crs with BEL for retro-modification of Commander Sight for T-90 Tanks