Phase-2 Voting : 7% Voting till 9 am in Odisha, Technical glitch in EVM delay voting in several booths 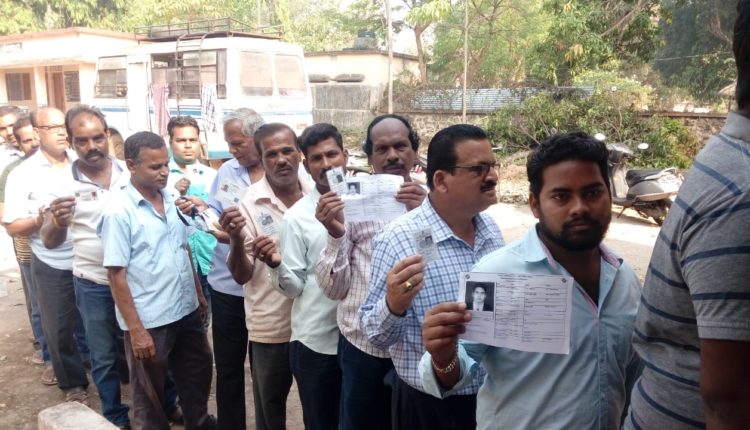 Bhubaneswar: The voting for the Phase-2 of the General elections comprising 95 Parliamentary constituencies across 11 states and one union territory began on Thursday. In this phase polling is being held in 38 seats in Tamil Nadu, 14 seats in Karnataka, 10 in Maharashtra, eight in Uttar Pradesh, five each in Assam, Bihar and Odisha, three each in Chhattisgarh and West Bengal, two in Jammu and Kashmir and one seat each in Manipur and Puducherry.

In Odisha polling is being held for five Lok Sabha and 35 Assembly seats.  A total of 76,93,123 voters of which 39,45,025 are male, 37,47,493 female and 605  transgenders, will exercise their franchise. However, voting has been delayed in several booths owing to technical glitches in EVMs.