People of Odisha will dethrone BJD govt this time : Modi 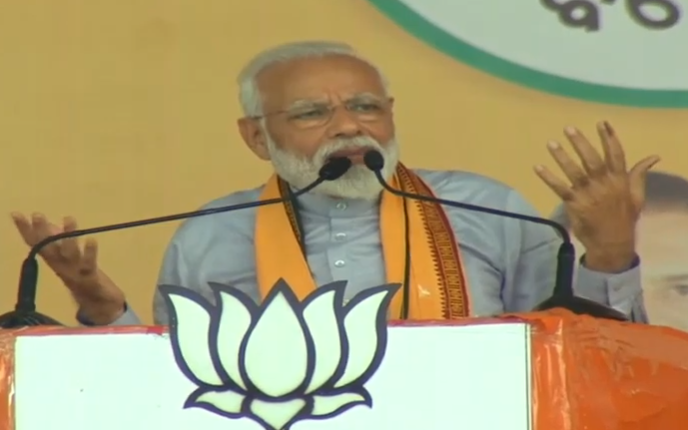 Kendrapara: Slamming Odisha Chief Minister Naveen Patnaik, Prime Minister Narendra Modi on Tuesday said much like West Bengal, the BJD government has resorted to violence during the elections and that its exit from power is certain.

He said voters are miffed with the Naveen Patnaik dispensation and have decided to dethrone it. He further alleged that there are a handful of officers who have turned a blind eye to this violence, but the anger of the voters will overwhelm their desire to save the Chief Minister.

“So far I refrained from personal attack on Naveen Babu, because  he governed Odisha for long and deserved a respectable farewell, But violent activities during polls much like in West Bengal in the last 10-12 days has riled the voters. A handful of officers have turned a blind eye to it. People of the State have decided to unseat this government,” Modi said at the Vijay Sankalp Sabha here.

Modi said the recent attacks on party workers and the trend in the first two phases of the polling in the States showed BJD was “worried” about the outcome of the elections.