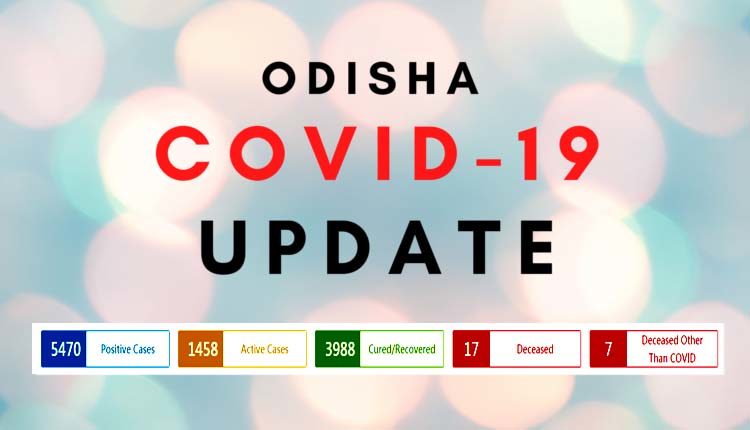 Out of the new cases, maximum 76 cases are from Gajapati district followed 75 from Ganjam and 26 from Khorda districts. Also, 8 persons from the National Disaster Relief Force (NDRF) who were returned from West Bengal has been reported corona positive. 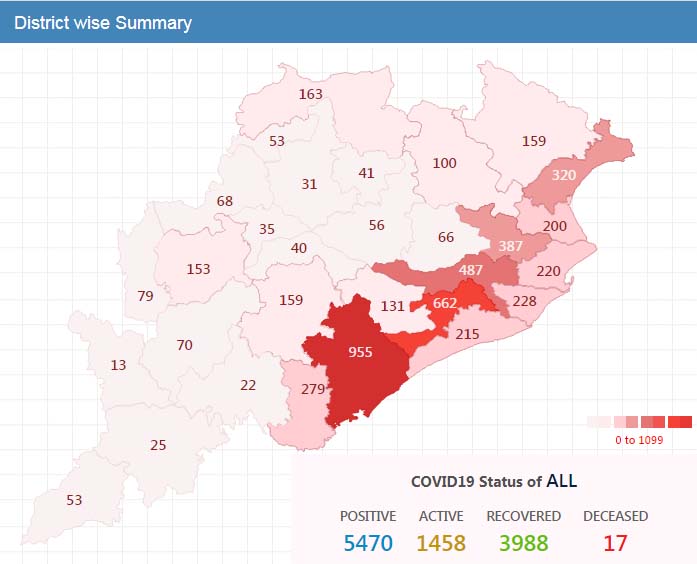 With this Odisha’s COVID-19 tally has surged to 5752 which includes 1740 active cases, 17 deaths.  On the other hand, as many as 125 people have been declared cured by the authorities taking the total number of recoveries to 3988.

Meanwhile, as many as 215195 samples were tested in the last 24 hours out of which over 15 thousand samples were found to be positive. With this, the country has tested total 73,52,911 samples till 24th of June with a positivity rate of 5.8 per cent, the Indian Council of Medical Research (ICMR) said.