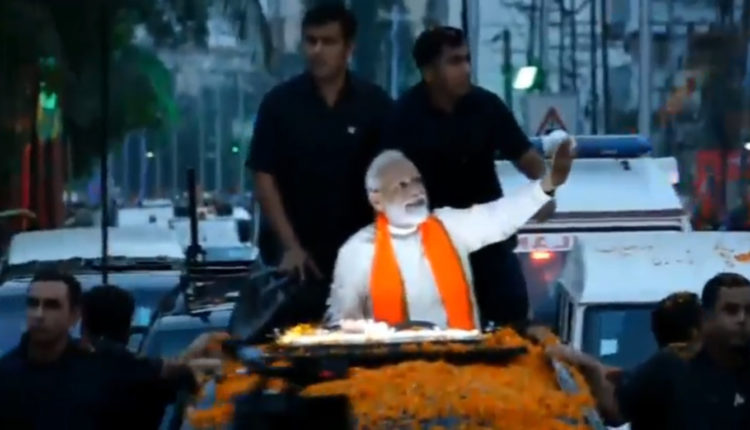 Bhubaneswar: Prime Minister Narendra Modi has arrived at Bhubaneswar and currently conducting a Road-Show in the city. This is the 2nd RoadShow of the PM after 2017. After the RoadShow he is scheduled to address a public Meeting at Barmunda in the city.

Earlier in the day, Modi criticised the BJD government for stealing credit for the Central Schemes. Addressing a public Rally at Sambalpur, he said that how can they (BJD) think of common people when all they do is to protect those involved in chitfund and mining scams.

He said it is the Modi government that amended decades-old mining law and ensured that a part of the fund from the resources extracted is utilized for the development of local infrastructure.

“It is the result of the earlier corrupt and weak governments that the people of Odisha remained poor after so many years of Independence. Discrimination on the basis of region and caste are the only achievements of Congress and BJD,” said Modi.