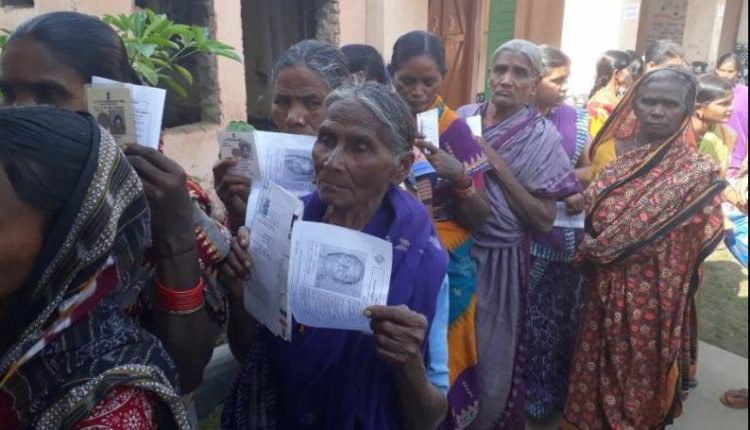 Bhubaneswar: The voting for the by-poll for Bijepur assembly constituency in Odisha is underway with people turning to the polling booths in large numbers on Saturday. Meanwhile, poling has stopped for a period of 2 hrs due to malfunctioning of the Electronic Voting Machine(EVM).

The Bijepur by-poll is witnessing a triangular fight between Congress, BJP and BJD. It would seal the fate of all the key political players, who have been constantly vying to overpower each other in order to emerge victorious in the by-polls. The polling commenced at 8 am. It would continue up to 5pm in the evening. A total of 2.21 lakh voters are expected to cast their vote at 281 polling booths, out of which 155 have been marked as ‘sensitive/critical booths.’ Tight security measures have been made to ensure smooth and peaceful polling. As a measure of security, five platoons of Central paramilitary forces, 36 platoons of the State Police have been deployed at various strategic points within the constituency. The results of the Bijepur by-poll would be declared on February 28.

Infosys to Announce Q4  and Annual Results on April 13