Victory for DMK ! Karunanidhi to be buried at Marina Beach 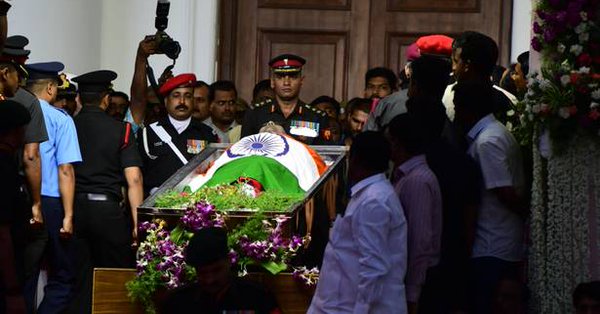 Chennai:  Bringing relief to lakhs of DMK followers and the prople of TamilNadu at large, the Madras High Court has allowed burial of M.Karunanidhi  at the Marina beach. After the High court’s permission, the Kalaignar will be buried next to MG Ramchandran and J.Jaylalitha in the Marina Beach.

The decision to allow a Marina beach burial for the DMK president was passed by the bench of the Acting Chief Justice of the Madras High Court. M. Karunanidhi, a revolutionary Dravidian movement leader, five times Tamilnadu Chief Minister and DMK chief for 50 years, died last evening at 6:10 pm at Chennai’s Kauvery Hospital after a prolonged illness. As soon as news of Karunanidhi’s death spread, a sea of DMK supporters thronged the Kauvery Hospital in Chennai where the revolutionary leader of the Dravidian movement was admitted last month. However, a big controversy erupted after the state government’s denial for burial at the Anna Memorial in the Merina Beach citing protocol issues.

End of an Era as M. Karunanidhi passes away at 94