Super Cyclone ‘Amphan’ to weaken into an Extremely Severe Cyclone in the next 6 hours, Landfall on Wednesday Afternoon: IMD 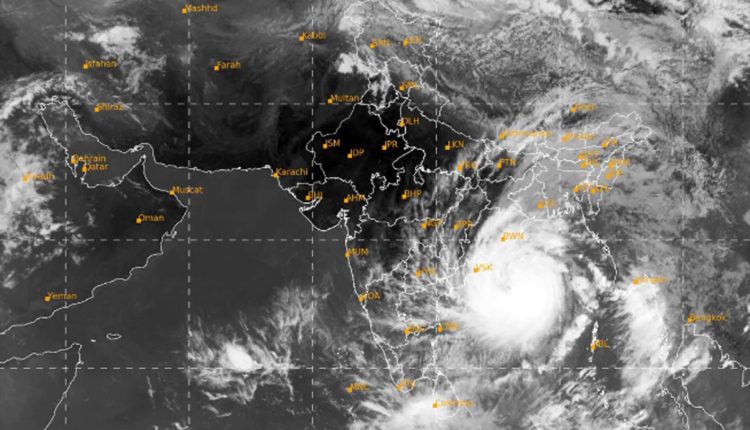 Bhubaneswar: The Super Cyclone ‘Amphan’ over the West-Central Bay of Bengal is moving towards northeastwards with a speed of 12 km per hour and in the next 6 hours it is likely to weaken into an Extremely Severe Cyclonic Storm.

As per the latest bulletin issued by Indian Meteorological Department (IMD) at 8.30 am Tuesday, the cyclone has lay centred about 520 km south of Paradip (Odisha)  and 670km south, south-west of Digha (West Bengal). The cyclone is likely to move north and north-eastwards and will make landfall between Digha and Hatia islands of Bangladesh near the Sundarbans in the afternoon of 20th May 2020 with maximum sustained wind speed of 155-165 kmph gusting to 180 kmph.

“The Super Cyclonic Storm ‘AMPHAN’ (pronounced as UM-PUN) over Westcentral and adjoining East-central Bay of Bengal moved north-northeastwards with a speed of 14 kmph during past 06 hours and lay centred at 0530 hrs IST of 19 th May, 2020 near latitude 15.6°N and longitude 86.7°E over Westcentral Bay of Bengal about 520 km nearly south of Paradip (Odisha), 670 km south-southwest of Digha (West Bengal) and 800 km south-southwest of Khepupara (Bangladesh)” read the IMD report.

“It is very likely to weaken into an Extremely Severe Cyclonic Storm during next 6 hours and will move north-northeastwards across the northwest Bay of Bengal and cross West Bengal – Bangladesh coasts between Digha (West Bengal) and Hatiya Islands (Bangladesh) close to Sundarbans during the Afternoon / Evening of 20th May 2020 as a Very Severe Cyclonic Storm with maximum sustained wind speed of 155-165 kmph gusting to 180 kmph” it added.

The Weather department has predicted heavy to very heavy rainfall along with squally wind speed reaching 55 to 65 kilometre per hour in the coastal and north-coastal districts of Odisha and coastal districts of Gangetic West Bengal from 19th of May.