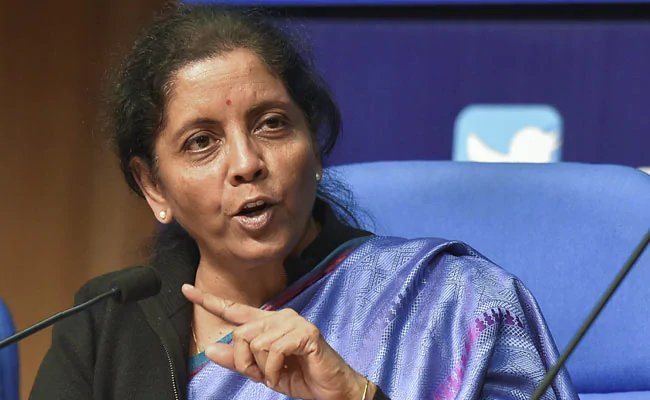 NewDelhi : In yet another move to boost the economy, the union cabinet on Wednesday approved the establishment of a ‘Special Window’ fund to provide priority debt financing for the completion of stalled housing projects that are in the Affordable and Middle-Income Housing sector.

Addressing a press briefing after the Cabinet meeting, Nirmala Sitharaman said that the government shall act as the sponsor of the fund and infuse funds up to Rs 10,000 crore, which will provide relief to developers with unfinished projects and ensure delivery of homes to buyers. She added that this move will help in relieving financial stress faced by a large number of middle-class homebuyers who have invested their hard-earned money.

For the purposes of the fund, the government shall act as the Sponsor and the total commitment to be infused by the Government would be upto INR 10,000 crore. The fund will be set up as a Category-11 AIF (Alternate Investment Fund) debt fund registered with SEBI and would be professionally run. For the first AIF under the Special Window, it is proposed that SBICAP Ventures Limited shall be engaged to be the Investment Manager. This fund would in turn would provide relief to developers that require funding to complete a set of unfinished projects and consequently ensure delivery of homes to the home-buyers. Since the real estate industry is intrinsically linked with several other industries, growth in this sector will have a positive effect in releasing stress in other major sectors of the Indian economy as well.

Sitharaman on September 14, 2019 had announced that a special window for affordable and middle-income housing would be created. This special window will provide last mile funding for housing projects which are stressed. Subsequently, Inter-ministerial consultations and several stakeholder consultations were held with the housing industry including Housing Finance Companies, Banks, NBFCs, Investors, and Real Estate Developers. Problems being faced by homebuyers, developers, lenders, and investors were ascertained that could be addressed through the Special Window. (with pib inputs)