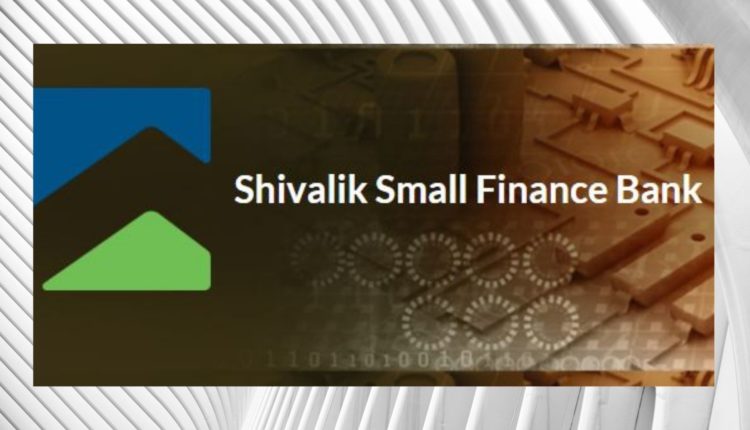 Mumbai: Shivalik Small Finance Bank (SSFB) has commenced operations as small finance bank from Monday. The Reserve Bank of India has issued a license to the bank 15 months after granting it in-principle approval. It is the first Co-operative bank in the country to be converted as a Small Finance Bank.

With commencement of operations, SSFB can now work as a scheduled bank and can open banking outlets across the country.

“Shivalik Small Finance Bank Limited has commenced operations as a small finance bank with effect from April 26, 2021.The Reserve Bank has issued a licence to the bank under Section 22 (1) of the Banking Regulation Act, 1949 to carry on the business of small finance bank in India” said RBI in a statement.

Shivalik Mercantile Co-operative Bank Limited was granted an in-principle approval for transition into a small finance bank on January 6, 2020, under the “Scheme on voluntary transition of Urban Co-operative Bank into a Small Finance Bank” issued on September 27, 2018.

While the in-principle approval was valid for 18 months, RBI, upon satisfied with the bank’s compliance of the parameters set under the scheme, has allowed ‘Shivalik’ to operate as a small finance bank.

Under the scheme, Urban Co-operative Banks (UCBs), desirous of voluntarily transiting into Small Finance Banks (SFBs), the initial requirement of net worth will be Rs. 100 crore, which will have to be increased to Rs. 200 crore within five years from the date of commencement of business.

JSPL to exit from Power business, Worldone to acquire 96% stake in Jindal Power