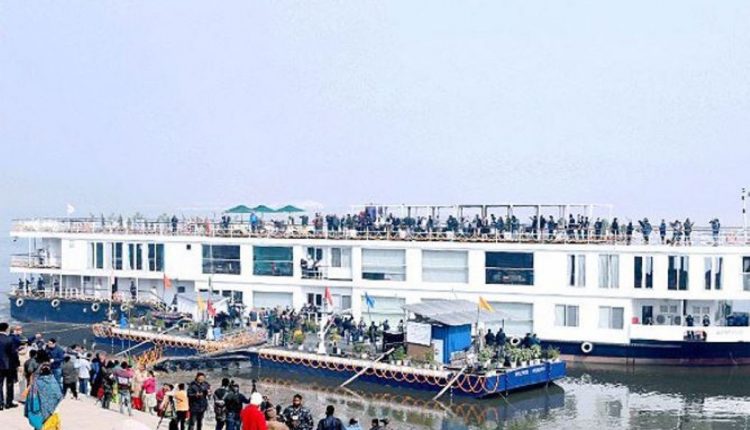 New Delhi : The Prime Minister Narendra Modi on Friday flagged off the World’s Longest River Cruise, the MV Ganga Vilas through video conferencing. He also inaugurated the Varanasi Tent City via video conference. During the event, he also dedicated and set the cornerstones for a number of additional inland waterways projects totaling more than Rs. 1000 crores. With the inauguration of this service, the enormous untapped potential of river cruises will be unleashed, supporting the Prime Minister’s efforts to increase river cruise tourism. This will usher in a new era of river cruise tourism for India.

He emphasized that the longest river cruise, from Kashi to Dibrugarh, is starting today and will put North Indian tourist destinations on the map of the world’s travel destinations. He said that further projects worth $1 billion that are being dedicated today in Varanasi, West Bengal, Uttar Pradesh, Bihar, and Assam will boost the region’s tourist and job prospects.

MV Ganga Vilas will begin its journey from Varanasi in Uttar Pradesh and travel around 3,200 km in 51 days to reach Dibrugarh in Assam via Bangladesh, sailing across 27 river systems in India and Bangladesh. MV Ganga Vilas has three decks, 18 suites on board with a capacity of 36 tourists, with all the luxury amenities. The maiden voyage has 32 tourists from Switzerland signing up for the entire length of the journey.

The MV Ganga Vilas cruise is curated to bring out the best of the country to be showcased to the world. The 51 days cruise is planned with visits to 50 tourist spots including World Heritage Sites, National Parks, River Ghats, and major cities like Patna in Bihar, Sahibganj in Jharkhand, Kolkata in West Bengal, Dhaka in Bangladesh and Guwahati in Assam. The journey will give the tourists an opportunity to embark upon an experiential voyage and indulge in the art, culture, history, and spirituality of India and Bangladesh.