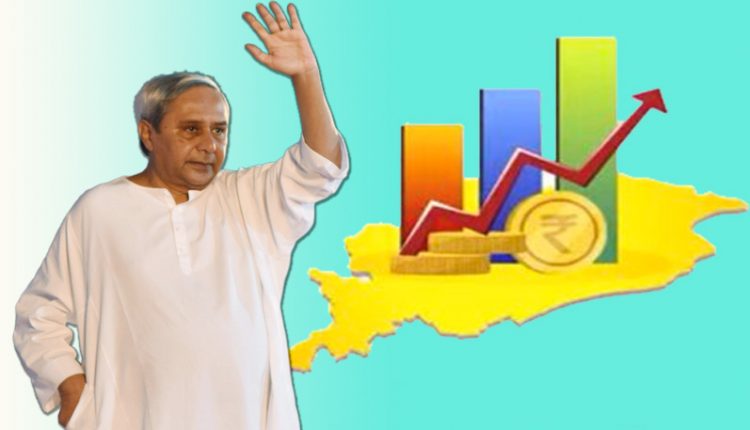 Bhubaneswar: While most of leading states of India are struggling with rising debts and high fiscal deficits, Odisha has remained in a rather comfortable fiscal situation.

According to a report by PRS Legislative Research Odisha is among few big states that are witnessing revenue surplus. While other big states are facing revenue deficit and are dependent upon central grant to manage revenue deficit, Odisha along with Uttar Pradesh, Jharkhand and Bihar have shown better fiscal prudence.

“Seven states are expected to observe a revenue deficit after accounting for the Finance Commission grant. These are Andhra Pradesh, Himachal Pradesh, Kerala, Punjab, Rajasthan, Tripura, and West Bengal. If no such grants were to be provided and expenditure plans were to hold, six more states would have observed revenue deficit. These are Assam, Meghalaya, Mizoram, Nagaland, Sikkim, and Uttarakhand” the report said.

“Over the next three years, these grants are to substantially reduce. In addition, there are five more states which expect revenue deficit, although they will not receive any grant on this account – Haryana, Karnataka, Maharashtra, Madhya Pradesh, and Tamil Nadu. These states will need to increase revenue receipts or cut back expenditure to manage their revenue deficit level” it added.

Fiscal deficit is the excess of government expenditure over its receipts. A higher fiscal deficit indicates a higher borrowing requirement in a financial year. In 2022-23, the aggregate fiscal deficit of states is expected to be 3.4% of GSDP.

In 2022-23, the fiscal deficit limit has been set at 3.5% of GSDP, as per the recommendation of the 15th Finance Commission. An additional borrowing of 0.5% of GSDP is permitted, if a state implements certain power sector reforms.

From 2023-24 onward, the fiscal deficit limit will be lowered to 3% of GSDP. So, Odisha have to maintain its current fiscal deficit level to remain in a comfortable situation.

The report has concerned that, the dependence on borrowings to fund government expenditure has increased in recent years. This has led to a steep rise in general government debt from about 70% of GDP in 2018-19 to about 89% of GDP in 2021-22.  Debt level of states has also followed a similar trajectory.

In 2018, the FRBM Act was amended by Parliament to set the debt ceiling for India at 60% of GDP (to be achieved by 2024-25). 4 Of this, the ceiling for the centre was set at 40% of GDP and that for states on aggregate at 20% of GDP. 4 Higher public debt may have adverse implications for investment and growth, as it may lead to distortionary taxes and cuts in developmental spending for servicing the debt.

liabilities of states on aggregate are estimated to be 31.2% of GDP, reversing the decline observed in previous years.5 In 30 states, debt is estimated to be higher than the 20% limit, as of March 2022.

States like Jharkhand, Punjab, Arunachal Pradesh, Rajastan, West Bengal, Himachal Pradesh and Kerala have reported high outstanding liabilities which are more than 40% of their state GDPs. On other hand, states like Odisha, Maharastra, Karnataka, Telengana, Gujarat have debt levels lower than 30% of state GDP, but more than the 20% limit.