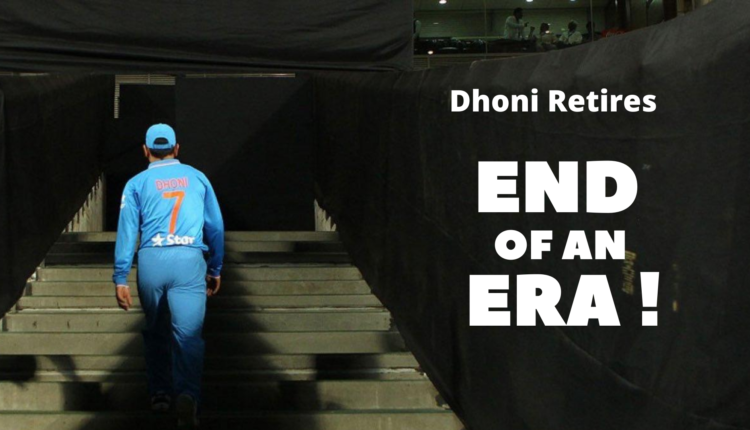 Biznextindia : Mahendra Singh Dhoni, one of India’s greatest cricketers and the most successful skipper has announced retirement from international cricket. With this, a golden era of India cricket has come to an end.
“Thanks a lot for ur love and support throughout.from 1929 hrs consider me as Retired” he has written in his official instagram account.
Dhoni, also known as Mahi and captain cool, is considered one of the most successful captains of team India. He is the only captain in the history of Cricket to win all ICC trophies. It was under his captaincy that India won two World Cups — 2007 ICC World Twenty20 and 2011 ICC Cricket World Cup.
Meanwhile, another Indian cricketer Suresh Raina has also announced retirement from international cricket.

Reacting on Dhoni’s retirement Indian cricket legend Sachin Tendulkar has twitted “Your contribution to Indian cricket has been immense, @msdhoni . Winning the 2011 World Cup together has been the best moment of my life. Wishing you and your family all the very best for your 2nd innings.

Women Entrepreneurs Who Are Changing the B2B Landscape in India