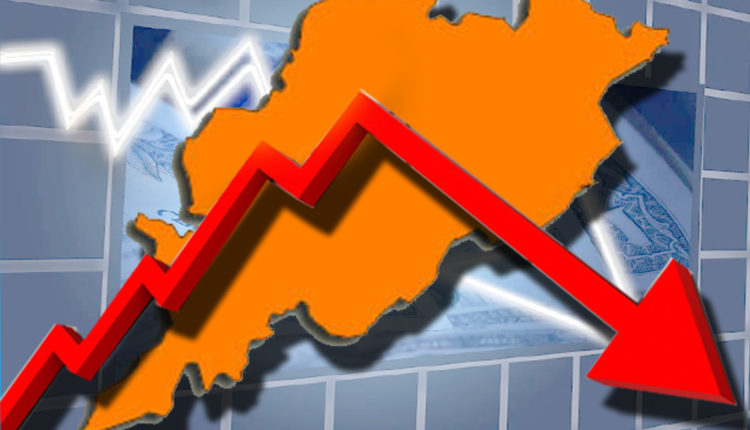 Bhubaneswar: The economic disruption caused by the nationwide lockdown has severely affected the revenues of both businesses and governments alike. In fact, both the central and state governments are struggling due to dried-up of cash-inflow.

Though the union Finance Ministry is yet to release the GST Revenue data for the month of April, the Odisha government has reported 63.68 per cent drop in its overall tax revenue.

As per the Data released by the Odisha finance department, the state’s overall tax revenue was slipped to Rs. 572 crore in April 2020 as against 1571 Crore in April 2019.

Overall the state’s total Tax revenue under GST and subsumed Acts which includes VAT and CST on GST goods, Odisha sales tax, Entry Tax and Entertainment Tax has dropped by 69% to Rs.424 Crore from Rs. 1375.78 crore in April 2019.

However, the state has witnessed limited impact on its own tax revenue as compared to the GST mainly due to the fact that most of the businesses in the ‘essential’ category were functional. Odisha’s Tax revenue outside GST has declined by 29 per cent to Rs.130 Crore from Rs.183 crore in April 2019.

But since the share of Odisha’s own tax revenue is only 43 per cent of its total revenue, the drop in GST revenue is major cause of concern.

In India, state’s own revenue mainly comes from state GST (SGST), state VAT (mainly petroleum products), state excise (mainly liquor), stamps and registration fees, tax and duty on electricity, vehicle tax,  and own non-tax revenue. But due to the lockdown, closure of businesses, transport sector, not only Odisha, all the states have registered limited collection in each of these categories.

According to an estimate by Credit Rating agency India Ratings (Ind-Ra) major states are likely to lose cumulative revenue of Rs. 97,100 Crore in April 2020.