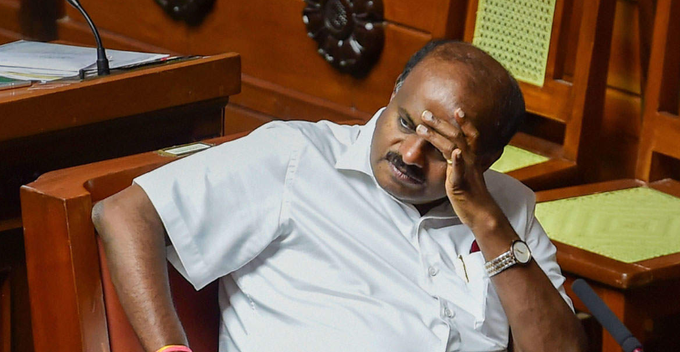 Bangaluru : After weeks of suspense and intense political drama the 14 month long HD Kumaraswamy-led Congress-Janata Dal (Secular) coalition government lost majority in Karnataka Assembly on Tuesday evening. While the coalition government got 99 votes, the opposition BJP has got 105 votes, paving the way for a BS Yedyurappa led BJP government.

Meanwhile, Bengaluru police have clamped prohibitory orders under Section 144 of the Indian Penal Code (IPC) across the city for today and tomorrow to avoid any untoward incident.