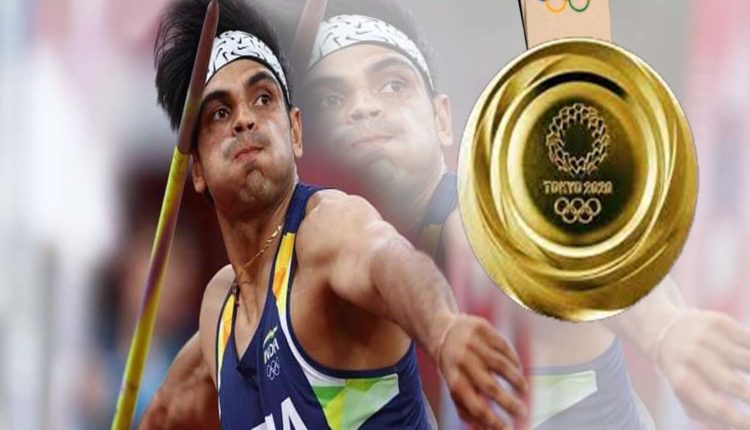 Tokyo : India’s Neeraj Chopra has won gold medal in men’s Javelin Throw event in the Tokyo Olympics 2020. He won the gold after throwing the javelin to a distance of 87.58 metres in his second attempt.

A farmer’s son from Khandra village near Panipat in Haryana, Neeraj has become the first Indian athlete in independent India to win gold in the Olympics. He has also become the second Indian to win Gold in individual category. Abhinav Bindra is the first Indian in independent India to win an individual Gold in 2008 Beijing Olympics.

23-year-old Chopra had fuelled country’s expectations by topping the qualification round with a stunning first round throw of 86.59m.