Israel envoy spoke to family of Soumya, compares her 9-yr old son to baby Mosse of 26/11 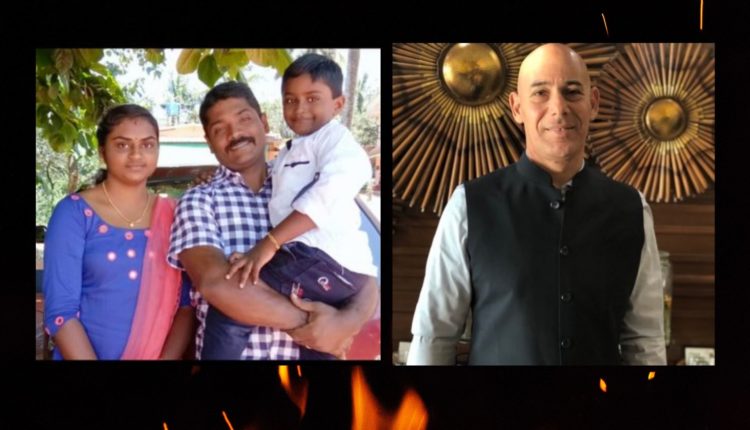 New Delhi: A day after Indian national Soumya Santosh killed in Hamas rocket strike in Israel’s Ashkelon, the Israel envoy to India Ron Malka on Wednesday spoke to the victim’s family and extended his condolences on behalf of his country.

Soumya, a 31 year was working as a caregiver for the elderly people in Southwest Israel’s Ashkelon city near the troubled Gaza strip. According to media report, she was killed in a Palestanian rocket strike while she was on a video call with her husband back in India.

He also expressed his sympathy to Soumya’s 9-year old son Adon, while comparing him with little Moses, who had lost his parents during 26/11 Mumbai attacks. 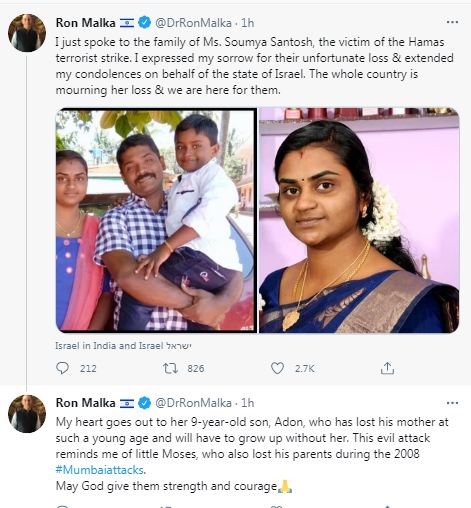 “I just spoke to the family of Ms. Soumya Santosh, the victim of the Hamas terrorist strike. I expressed my sorrow for their unfortunate loss & extended my condolences on behalf of the state of Israel. The whole country is mourning her loss & we are here for them” the Ambassador twitted.

“My heart goes out to her 9-year-old son, Adon, who has lost his mother at such a young age and will have to grow up without her. This evil attack reminds me of little Moses, who also lost his parents during the 2008 #Mumbaiattacks. May God give them strength and courageFolded hands” he twitted.

Despite rise in fresh cases, India’s positivity rate eases to 17.5%