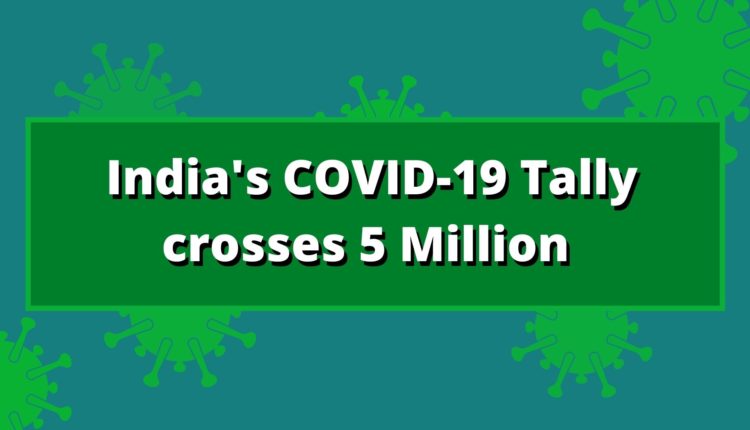 Bhubaneswar: With over 90 thousand new cases in 24 hours, India’s COVID-19 tally has crossed the 5 million mark on Wednesday.

As per the latest data released by the Ministry of Health & Family welfare, India’s total cases rose to 50,20,359 by Wednesday morning. The total number includes 995933 active cases and 82066 deaths while 3942360 people have been recovered from the viral infection.

The country reported 90123 new cases and 1290 deaths in the last 24 hours. With this India’s mortality rate has declined to 1.6 per cent while the recovery rate has improved further to 78.5 per cent.

Meanwhile, as many as 11.16 lakh samples were tested in the last 24 hours out of which over 86 thousand samples were found to be positive. With this, the country has tested total 5,94,29,115 samples as on 15th September with a positivity rate of 8.4 per cent, the Indian Council of Medical Research (ICMR) said.

Fact check: No India has not taken any loan from a ‘Chinese Bank’