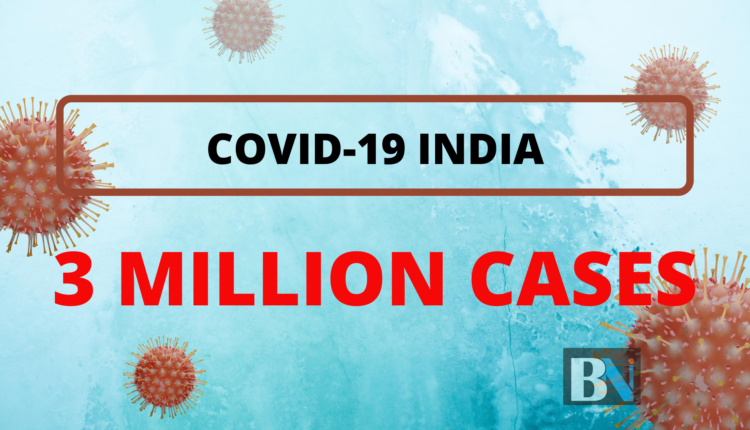 Bhubaneswar: With nearly 70 thousand new cases in the last 24 hours, India’s COVID-19 tally has crossed the 3 lakh mark on Monday.

As per the latest data released by the Ministry of Health & Family Welfare, India’s total cases rose to 3044940 by Sunday morning. The total number includes 707668 active cases and 56706 deaths while   2280566 people have been recovered from the viral infection.

The country reported record 69239 new cases and 912 deaths in the last 24 hours. With this India’s mortality rate has declined to 1.8 per cent while the recovery rate has improved further to 75 per cent.

India reported its first COVID-19 case on 30th January 2020 when a person from Kerala tested positive with the virus.  The Tally crossed one lakh on 19th May and two lakh on 3rd of June. Almost two months after crossing the one lakh mark, the tally crossed one million mark on 17th July.

For India, it took almost five and half months (169 days) to reach the first one million mark, but the second million came after just 21 days and the 3rd million came at a faster rate, in only 16 days.