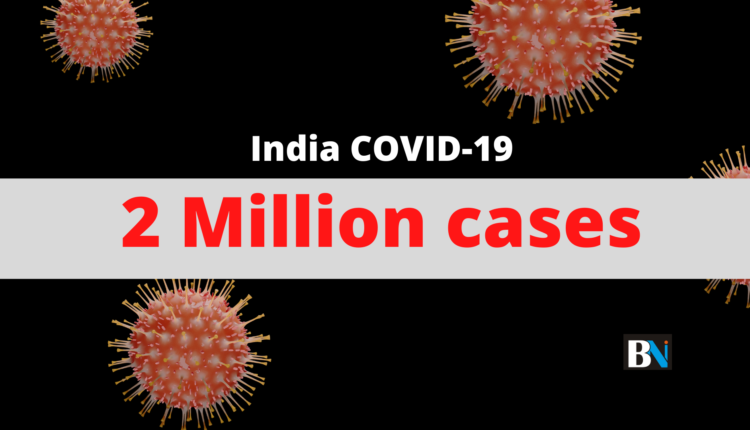 As per the latest data released by the Ministry of Health & Family Welfare, India’s total cases rose to 20,27,074 by Friday morning. The total number includes 607384 active cases and 41585 deaths while   1378105 people have been recovered from the viral infection.

The country reported record 62,538 new cases in the last 24 hours. This is the highest ever one-day addition of cases to the tally. However the good news is that  India’s mortality rate has declined to 2 per cent while the recovery rate has improved further to 68 per cent.

Meanwhile, as many as 5,74,783  samples were tested in the last 24 hours out of which nearly 52 thousand samples were found to be positive. With this, the country has tested total 2,27,24,134 samples till 6th QAAugust with a positivity rate of 8.9 per cent, the Indian Council of Medical Research (ICMR) said.

RBI keeps repo rate unchanged at 4%, Loans against Gold enhanced to 90% of the value

Achieving 50% GER in Higher Education by 2030 will be challenging : Ana