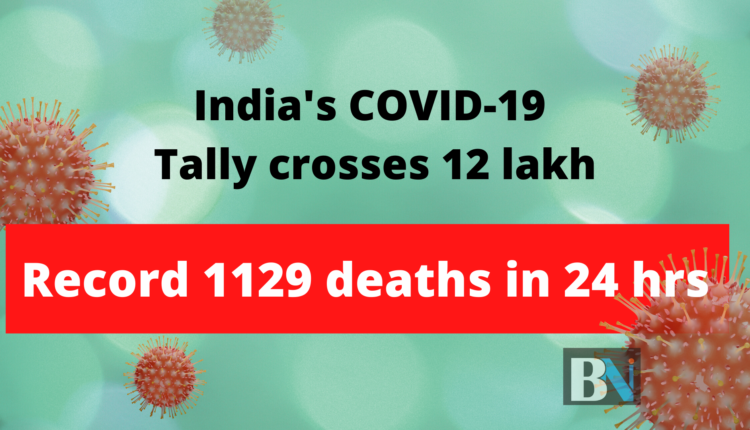 As per the latest data released by the Ministry of Health & Family Welfare, India’s total cases rose to 1238635 by Thursday morning. The total number includes 426167 active cases and 29861 deaths while 782607 people have been recovered from the viral infection.

Maharastra has remained the worst affected state in the country as its total number of confirmed cases has crossed 3.37 lakh including 137282 active cases and 12556 deaths. Maharastra is followed by Tamilnadu and Delhi with 1.86 lakh and 1.26confirmed cases.

While the USA and Brazil, the world’s two worst-affected countries took 20 days each to reach from 6 lakh cases to 12 lakh cases, India took 21 days to reach the mark. India had taken 136 days to reach 3 lakh mark from one lakh mark.

Meanwhile, as many as 3.5 lakh samples were tested in the last 24 hours out of which over 45 thousand samples were found to be positive. With this, the country has tested total 1,50,75,369 samples till 22rd of July with a positivity rate of 8.2 per cent, the Indian Council of Medical Research (ICMR) said.