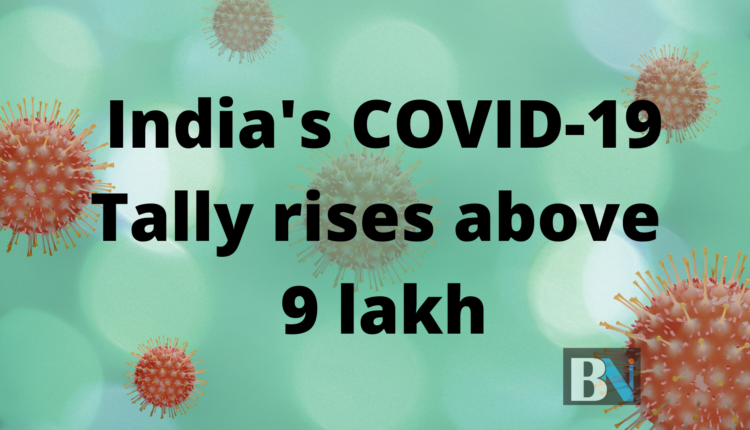 Bhubaneswar: Despite a nationwide lockdown and several other government measures, the COVID-19 pandemic has continued to wreak havoc in India as the country added one lakh cases in just 3 days to take its count beyond 9 lakh.

On Saturday India’s COVID-19 tally had crossed the 8 lakh mark.

As per the latest data released by the Ministry of Health & Family Welfare, India’s total cases rose to 906752 by Tuesday morning. The total number includes 311565 active cases and 23727 deaths while 571460 people have been recovered from the viral infection.

As many as 28498 new cases and 553 deaths have been reported in the last 24 hours. With this India’s mortality rate has declined to 2.6 per cent while the recovery rate has improved further to 63 per cent.

Maharastra has remained the worst affected state in the country as its total number of confirmed cases has crossed 2.6 lakh-mark including 105935 active cases and 10482 deaths. Maharastra is followed by Tamilnadu and Delhi and Tamilnadu with 1.42 lakh and 1.13 lakh confirmed cases.