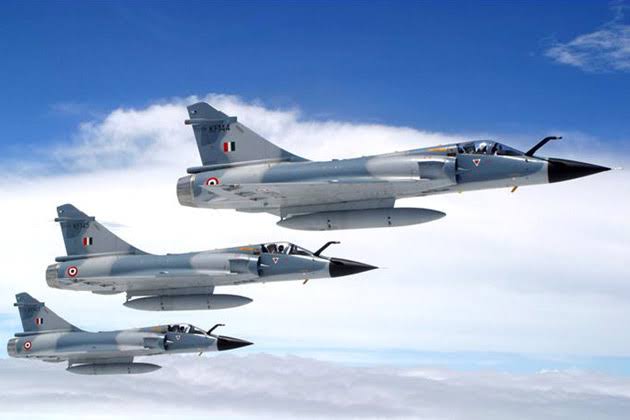 New Delhi: On the occasion of its 86th foundation day of the Indian Air Force (IAF) is holding a grand parade-cum-investiture ceremony at the Air Force Station at Hindon in Uttar Pradesh’s Ghaziabad. The President of India who is also the Supreme Commander of the Armed Forces Ramnath Kovind and the Prime Minister Narendra Modi took to Twitter to wish the IAF.

The parade will be followed by an air display and acrobatics by the Air Force’s various aircraft, including Jaguar, Bison, MiG-29, Mirage-2000 and SU-30 MKI fighter jets and Rudra helicoptors. Following the parade, visitors can also witness static display of aircraft, weapon, radar and missiles systems of the Indian Air Force, news agency IANS reported.

On Air Force Day, we proudly honour our air warriors, veterans, and families of the Indian Air Force. They safeguard our skies with courage and commitment. The resilience, tenacity and zeal of our valiant air warriors is a source of pride for every Indian #PresidentKovind

The parade will be followed by a breath taking display by the Air Warrior Drill Team, wherein the team will showcase their weapon handling skills and carry out diverse manoeuvers with their rifles.  This will be followed by a scintillating air display by wide range of IAF aircraft including our cherished Vintage flight. The air display will commence with flag bearing sky divers of famous Akash Ganga Team, who will jump from an An-32 aircraft.  Flypast will comprise of Mi-17 V5 and Rudra helicopters, Dornier, C-130J and C-17 transport aircraft, Jaguar, Bison, MiG-29, Mirage-2000 and SU-30 MKI fighter aircraft.  Dakota, Tiger Moth and Harvard of the IAF Vintage flight will also participate in the flypast.  Post flypast, Light Combat Aircraft (LCA) will carry out aerobatic display in front of the audience.  The Ambassadors of Indian Air Force, Surya Kiran Aerobatics Team (SKAT), comprising on nine Hawk 132 aircraft and the Helicopter aerobatics team, Sarang will enthrall the audience with breath taking formation aerobatics display.  After the parade, all visitors will also get an opportunity to witness static display of aircraft, weapon, radar and missiles systems of the Indian Air Force.