HAL hands over three ALHs to Indian Army before schedule 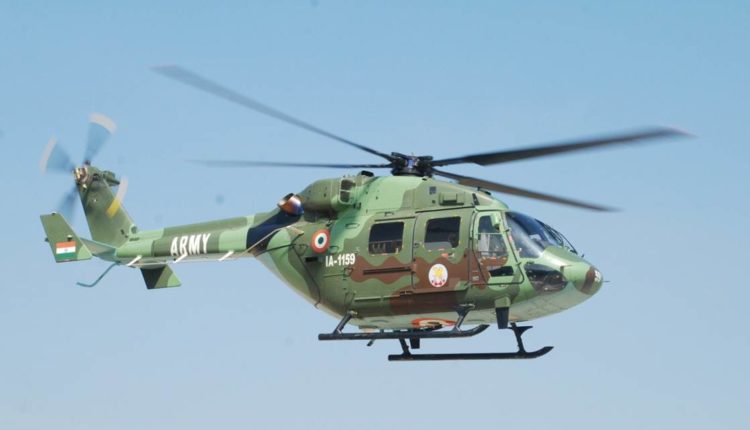 NewDelhi : Defence PSU  Hindustan Aeronautics Limited (HAL) handed over first three ALHs as part of the 22 ALH MK III contract to the Indian Army in the on-going Aero India 2019, today. HAL had entered into a contract with the Indian Army for 40 ALH (22 ALH Mk III and 18 Mk IV Rudra) in August 2017. Of the 22 helicopters, 19 helicopters have already been produced and will be progressively delivered.

The documents were handed over to Director General Army Aviation Lt Gen Kanwal Kumar by Chief Executive Officer, Helicopter Division Shri GVS Bhaskar in the presence of Chairman and Managing Director, HAL R Madhavan. Officials from the Army, HAL, DGAQA and RCMA were also present on the occasion.

The Advanced Light Helicopter (Dhruv) is a multi-role, new generation helicopter in the 5.5-ton weight class, indigenously designed and developed by HAL. Powered by two Shakti engines, it provides superlative performance throughout its flight envelope. It is suited for a high-speed cruise for rapid deployment and to maximize the area of operations. The basic helicopter is produced in skid version and wheeled version. In the wheeled version, options for fixed and retractable undercarriages are available. (with PIB inputs)

Railways to launch a massive recruitment drive to fill up 1.3 lakh vacancies