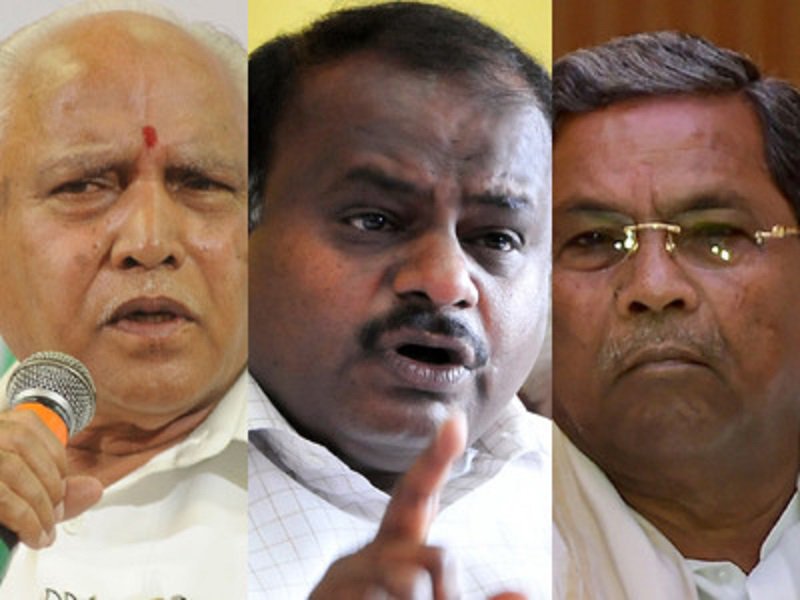 Bangalore :  The Crucial floor test in the Karnataka Assembly, that would eventually decide the fate of the three day old Yedyurappa Government, will be held today at 4 pm. While, the BJP has claimed that as many as 12 MLAs from the opposition parties are in touch with it, the Congress and JDS are quite confident that all their MLA’s are intact and united.

Speaking to media persons the Chief Minister BS Yedyurappa has claimed that his government will easily pass the floor test and has even asked party workers to prepare for the Celebrations after 5 pm.

Meanwhie, the Congress has once again moved to the SC against the appointment of the Pro Tem Speaker K.G. Bopaiah and the apex court will hear the case at 10.30 am today.

Yesterday a three-judge bench headed by Justice AK Sikri had ordered the floor test by 4 pm today. The court ordered this after hearing a Congress-JDS combine petition against the decision of Governor Vajubhai Vala to invite BS Yeddyurappa of BJP to form the government.

In the recently concluded polls,  BJP has emerged as the single largest party with 104 members, while Congress secured 78, the JDS 38 and others three.