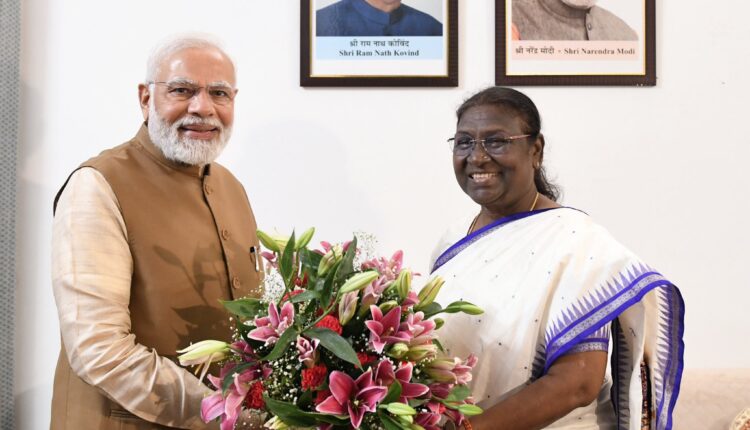 Bhubaneswar: A proud moment for Odisha as NDA candidate Draupadi Murmu has been elected as the country’s 15th President. She defeated Opposition nominee Yashwant Sinha, the former finance minister in NDA regime led by Prime Minister Atal Bihari Vajpayee, in the poll held on July 18. She succeeded incumbent Ram Nath Kovind, whose term will end on July 25.

The former Jharkhand governor accumulated 53.13 per cent of total vote value after three rounds of counting.

With the victory, Murmu became the first tribal woman from Odisha to occupy the top constitutional post in the country. She will be sworn-in as the 15th President of India on July 25 in New Delhi.

“India scripts history. At a time when 1.3 billion Indians are marking Azadi Ka Amrit Mahotsav, a daughter of India hailing from a tribal community born in a remote part of eastern India has been elected our President! Congratulations to Smt. Droupadi Murmu Ji on this feat” twitted Modi.