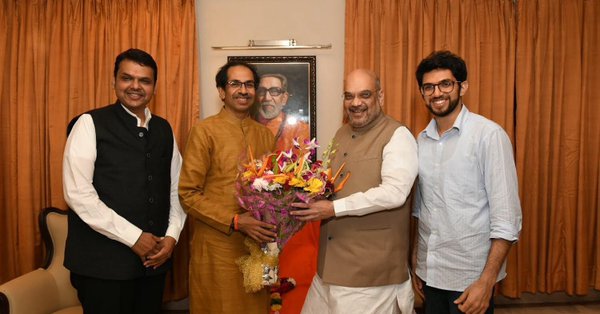 Mumbai: It seems all the efforts of BJP President Amit Shah to convince Shiv Sena Chief Uddhav Thackrey has failed as the  Maharastra based Party has made it clear that it’ll fight all the future elections solo.

Sena spokesperson Sanjay Rout today said that his party will fight all the future elections solo. However, the some leaders in BJP have claimed that the meeting was positive.

In the run up to the 2019  General Elections the BJP president is currently meeting major NDA allies to keep them aboard for big fight. However, the decision of Shiv Sena is being seen as  a big blow to Amit Shah’s  plans. Today Shah is scheduled to meet Shiromani Akali Dal Chief Prakash Singh Badal and his son Sukhvinder Singh Badal. He’ll also meet ace athlete Milkha Singh today.