Depression over Bay of Bengal likely to intensify into an Extremely Severe Cyclonic Storm : IMD 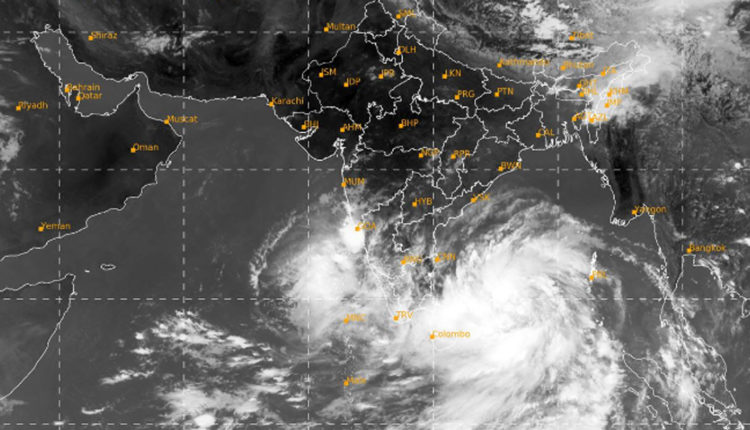 Bhubaneswar: Amid the Coronavirus crisis Odisha is preparing itself for another disaster as the depression over the Bay of Bengal is very likely to intensify into an extremely severe cyclonic storm in the next 3 days. The cyclonic storm has been named as Amphan.

According to the latest bulletin by the Indian Meteorological Department (IMD), the depression over Southeast Bay of Bengal has moved north-westwards with a speed of 20 kmph during last three hours and lay centred at about 1060 km south of Paradip (Odisha) at5 8.30 am IST.  It is very likely to intensify rapidly into a Cyclonic Storm during next 12 hours and further into a severe cyclonic storm during subsequent 24 hours. Due to this the coastal Odisha and coastal Gangetic West Bengal are likely to experience heavy to very heavy rainfall from 18th till 20th of May.

“The depression over Southeast Bay of Bengal and neighbourhood moved northwestwards with a speed of 20 kmph during past 03 hours and lay centred at 0830 hrs IST of today, the 16 th May, 2020 near latitude 10.7°N and longitude 86.5°E, about 1060 km south of Paradip (Odisha), 1220 km south-southwest of Digha (West Bengal) and 1310 km south-southwest of Khepupara (Bangladesh). It is very likely to intensify rapidly into a Cyclonic Storm during next 12 hours and further into a severe cyclonic storm during subsequent 24 hours” said IMD in its special bulletin at 11.30 am.

The cyclonic storm is very likely to move north-northwestwards initially till 17th May and then re-curve north-northeastwards across the northwest Bay of Bengal towards West Bengal coast during 18th to 20th May 2020, said IMD.

Last year, extremely severe cyclonic storm Fani had devastated the Odisha Coast in the month of May killing at least 89 people.

Govt announces reforms in Coal and Mining sector : 500 mining blocks to be auctioned, distinction between captive and non-captive mines to be removed