Delhi Elections: What worked for Kejriwal, what didn’t for BJP? 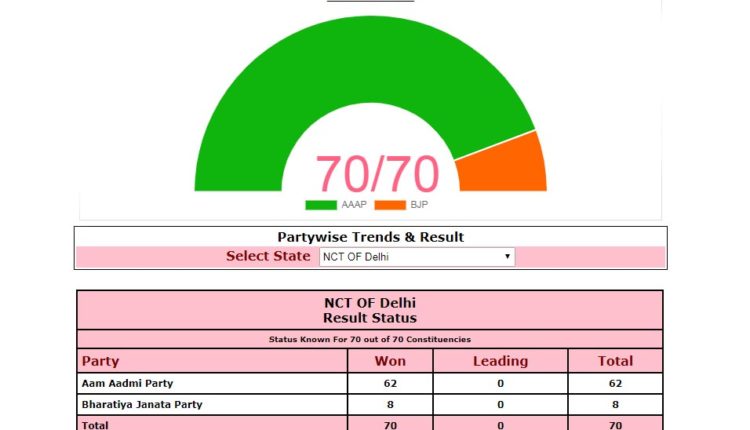 New Delhi: With the Aam Aadmi Party (AAP) has returned to power in Delhi with a thumping victory, the people of Delhi have voted in favor of development politics rejecting the BJP’s hyper nationalistic brand of politics.

So what worked for Kejriwal and what didn’t for BJP ?

Kejriwal’s strategy can be seen from his today’s statement after the victory. The statement did not target the BJP or its leaders, who have over the past month repeatedly targeted Kejriwal. This is contrary to Kejriwal’s approach of politics a few years back when he was targeting Prime Minister Narendra Modi on almost every issue. Today’s speech is in line with Kejriwal’s new approach to politics, where he has tried to keep the focus on governance and avoid direct confrontations with opponents. Even when BJP leaders had called him a terrorist, Kejriwal’s response was aimed not at them but at the public — he told Delhi voters to pick the BJP if they considered him a terrorist, and choose him if they considered him their son. He also indicated in his today’s speech that he’ll continue with his development brand of politics.

For BJP this defeat should be a lesson, it was refused to learn after repeated defeat in state elections. Since 2018, the party has lost in states like Rajasthan, Chattisgarh, Madhya Pradesh, Jharkhand and Delhi.  Though the party (along with Shivsena) has won in Maharastra, it failed to form government in it. In Delhi, the party’s complete reliance on Narendra Modi and Amit Shah without projecting a Chief Minister candidate likely one of a major reason for its defeat. The party also failed to focus on Delhi’s problems like pollution, bad roads and crime, instead it campaigned on national issues like Section 370, CAA and Balakote Strike.

That said, it is wrong to assume that BJP’s defeat in Delhi is the end of Modi-Shah. If elections were held today for the Loksabha, BJP will once again sweep all seven seats. So people are making clear distinction between Lok Sabha and state elections.