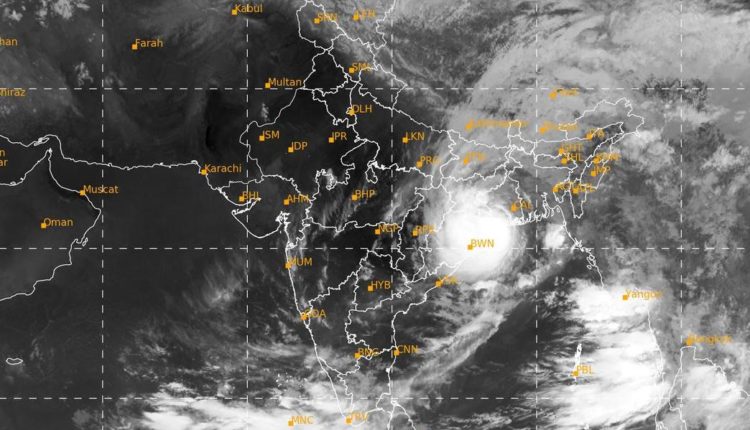 Bhubaneswar: Very severe Cyclonic storm ‘Yaas’ has begun the process of landfall between Dharma and south of Balasore near Bahanaga block around 9 am, the Indian Meteorological Department (IMD) has said. The landfall process is likely to continue for the next 3-4 hours. 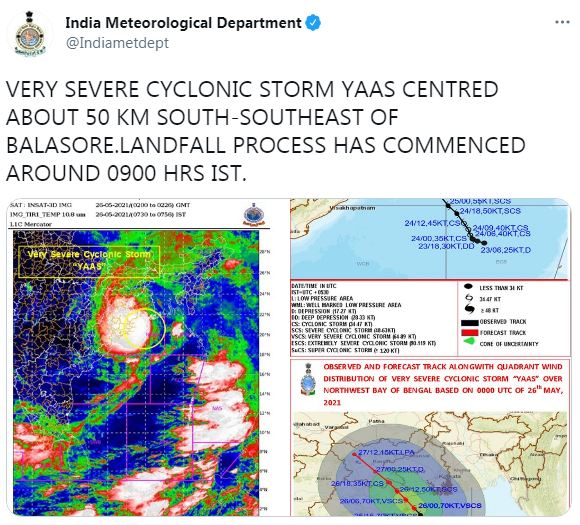 Earlier, the US Navy’s Joint Typhoon Warning Centre (JTWC) has predicted that cyclone ‘Yaas’(02B) has already weakened and would make landfall near the mouth of Budhabalanga River. After landfall the cyclone will weaken further due to interaction with the rugged terrain.

“Environmental analysis indicates tc 02b is now under an area of  weaker outflow aloft and moderate vertical wind shear (15-20kts) which will contribute to gradual weakening as the storm interacts with the land. After making landfall near the mouth of the estuary of budhabalanga river, india, the system will rapidly decay due to interaction with the rugged terrain and fully dissipate by tau 36” read the JTWC report.