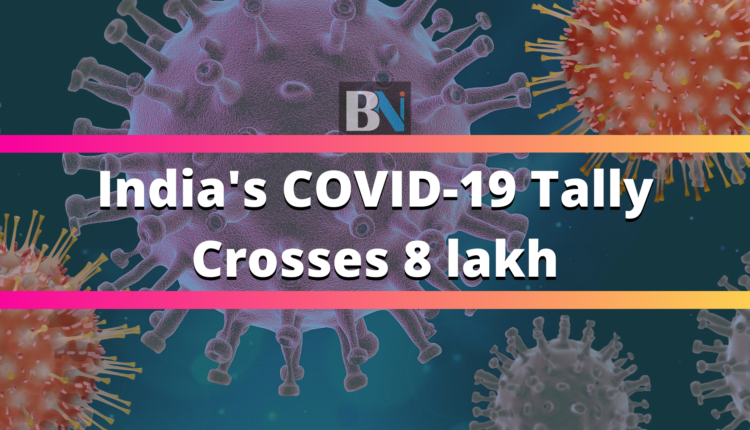 Bhubaneswar: Only 4 days after crossing the 7 lakh-mark, India’s total COVID-19 cases cross the 8 lakh-mark on Saturday.  The death toll has also crossed 22 thousand while the recovery rate has improved to 63 per cent.

As per the latest data released by the Ministry of Health & Family Welfare, India’s total cases rose to 820916 by Tuesday morning. The total number includes 283407 active cases and 22123 deaths while 515386 people have been recovered from the viral infection.

Record  27114 new cases and 519 deaths have been reported in the last 24 hours. With this India’s mortality rate has declined marginally to 2.69 per cent while the recovery rate has improved further to 62.78 per cent.