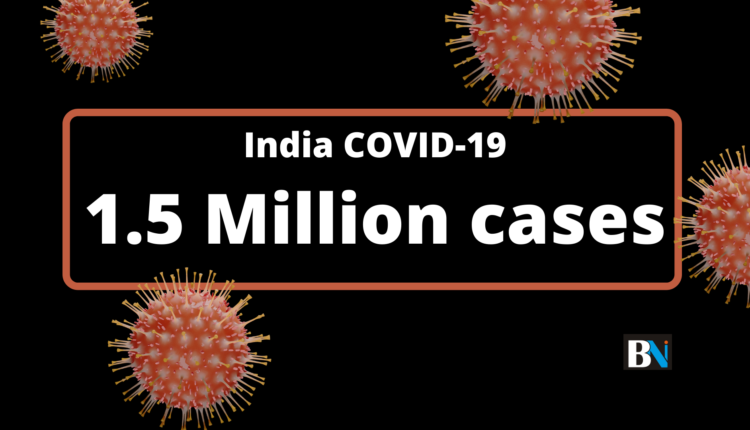 Bhubaneswar: India’s COVID-19 count crossed the 1.5 million mark on Wednesday after adding nearly 50 thousand new cases in 24 hours. The number of active cases in the country has crossed 5 lakh but it is still half of the recovery cases.

As per the latest data released by the Ministry of Health & Family Welfare, India’s total cases rose to 1531669 by Wednesday morning. The total number includes 509447 active cases and 34193 deaths while 988029 people have been recovered from the viral infection.

The country reported record 48513 new cases and 768 deaths in the last 24 hours. With this India’s mortality rate has declined to 2.28 per cent while the recovery rate has improved further to 64.5 per cent.

Govt approves Scheme of Amalgamation of Lakshmi Vilas Bank with…