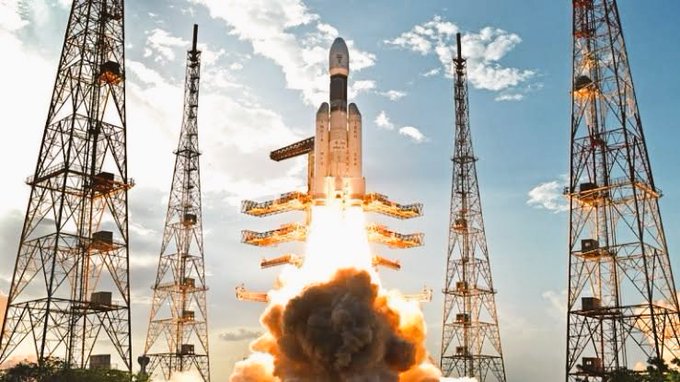 Biznextindia:  Chandrayaan-2, India’s second moon mission seeking to explore the unchartered lunar South Pole by landing a rover has been successfully lifts off at 2.43 pm today by GSLV MkIII-M1 Vehicle from the 2nd launch pad of the Satish Dhawan Space Centre at Sri HariKota in Andhra Pradesh.

A 20-hour countdown for the launch had begun at 6.43 pm on Sunday. This was the second attempt to launch the mission after an earlier lift-off scheduled on July 15 was called off due to a technical glitch in the rocket’s cryogenic stage.

According to Indian Space Research Organisation (ISRO), everything has been checked and the launch preparations are going according to plan.

The Chandrayaan-2 mission will help ISRO gain a better understanding of the origin and evolution of the Moon. The significance of the Indian Moon Mission has increased after Bareshit, Israel’s moon mission failed to land on the Moon in February this year.