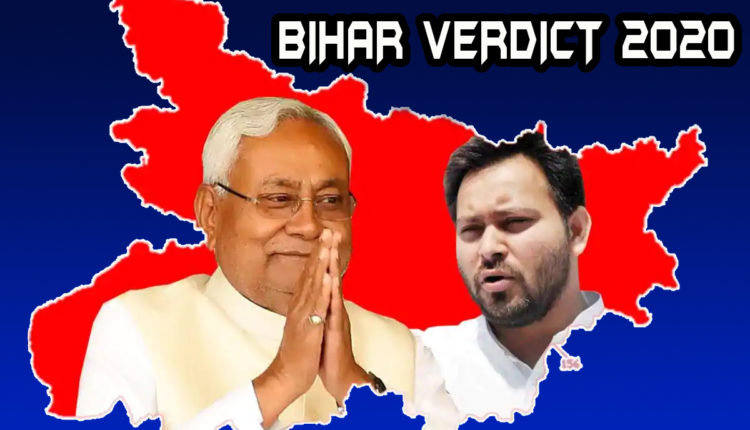 Biznextindia : Contrary to the EXIT Poll predictions, Bihar is heading towards a tough fight with both NDA and RJD led Grand Alliance or Mahagathbandhan (MGB) are witnessing neck to neck contest.

While most of the EXIT Poll reports predicted a comfortable victory for the MGB, Initial trends suggest MGB is trailing behind NDA. According to latest reports (11 am Tuesday) NDA is leading in 122 seats and MGB is leading in 106 seats..

The fate of the Nitish Kumar-led JD(U) government, which is rulling Bihar for the last 15 years, will be decided on Tuesday as election results to the 243-member legislative assembly will be declared. Besides, the fate of 3,558 candidates, including 370 women and a transgender, will also be decided. The counting of votes began at 8 am at 55 centres across 38 districts.

The election results will decide if the voters have decided to hand over the state’s baton to the MGB led by its CM candidate Tejashwi Yadav, which constitutes the RJD, the Congress and Left parties.