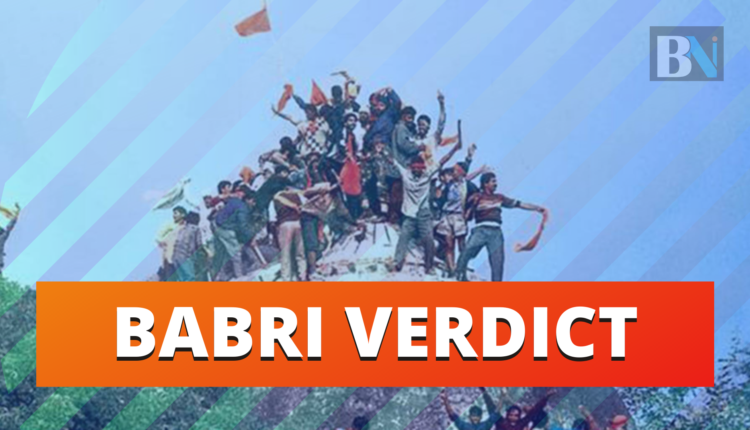 Announcing the verdict special CBI judge Surendra Kumar Yadav said that the CBI has not submitted strong evidence against the accused persons. The Judge also said that the Babri demolition incidence was not pre-planned and the accused leaders tried to control the mob.

The demolition of the Babri Masjid at Ayodhya took place on December 6, 1992, by kar sevaks ( Religious Volunteers) who believed the site to be the birthplace of Lord Ram. After the demolition two cases were filed- one against the un-known Kar Sevaks and another against eight the BJP leaders for instigating the Kar Sevaks for demolition.