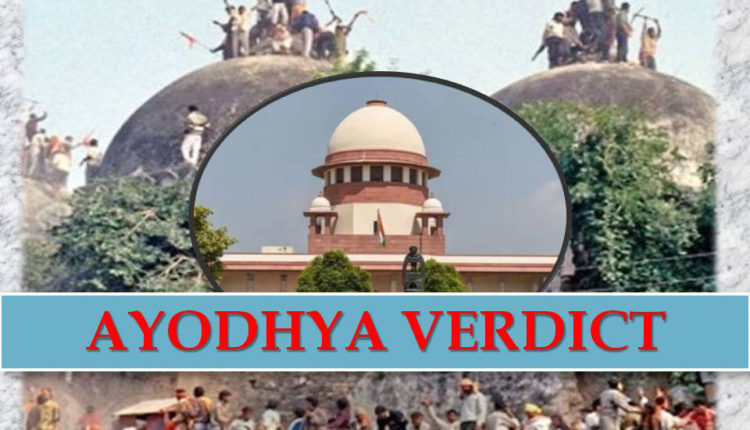 Ahead of the judgment the Prime Minister Narendra Modi yesterday appealed the nation to maintain peace and tranquility. In series of twits, he said that the verdict of the Supreme Court will not be anyone’s win or defeat.

“Whatever decision of the Supreme Court will come on Ayodhya, it will not be a victory or defeat for anyone. My appeal to the countrymen is that it should be the priority of all of us that this decision should further strengthen the great tradition of peace, unity and goodwill of India” Prime Minister had said yesterday night.