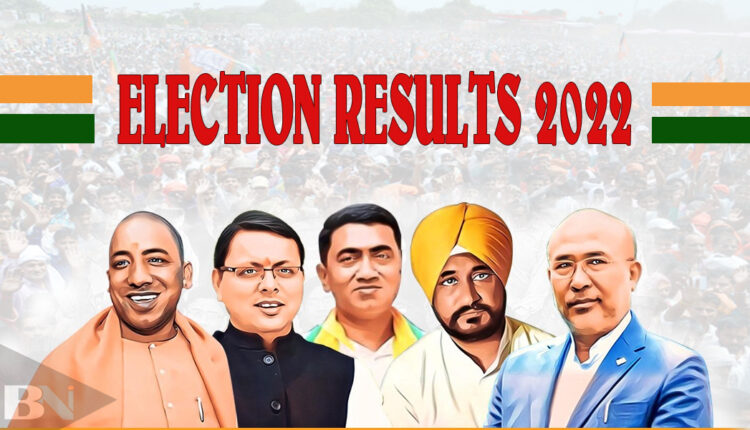 Biznextindia : As the counting of the votes continues, the trend so far shows the Bharatiya Janata Party (BJP) has taken a wining lead in the politically crucial Uttar Pradesh. The party has also leading in Uttarakhand, Manipur and Goa, while the Aam Admi Party is heading for a landslide victory in Punjab.

The Assembly Polls for UP’s 403 seats were held in seven phases from 10th February to 7th March.

In Uttarakhand, despite changing 3 Chief Ministers, the electorate seems happy with the rulling BJP as it is leading in 40 seats while the rival Congress is leading in 24 seats.

In Manipur, as per the early trends, the BJP is heading for a landslide victory as it is leading in 28 seats, three seats short from the magic number of 31.

In Punjab, the Aam Admi Party( AAP) is heading towards a landslide victory. As per the trends till 10.30 am, AAP is leading in 88 seats out of the total 117 seats in the state. Meanwhile, the ruling Congress is heading a disappointing performance as the grand old party is leading in only 13 seats and the BJP is leading in 5 seats.