After China, is India the new target in Trumps Trade War? 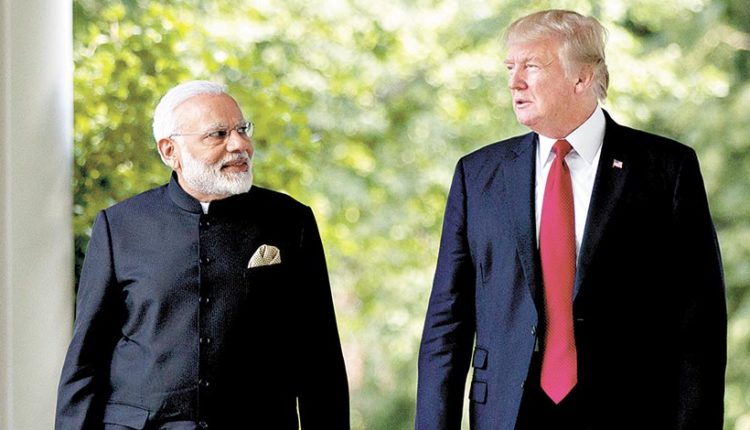 “India is the new target in Washington’s trade wars, with Trump announcing termination of India’s GSP benefits, which extended up to $5.6 billion of exports. How does India react to the slap? By pledging to “continue to build on our strong ties with the US.” Trump must be pleased!” twitted Geopolitical expert Brahma Chellany.

He further said that “India has repeatedly postponed increasing duties since last year in reprisal to America’s new steel and aluminum tariffs. Now that Trump has slapped India with another trade action by terminating GSP benefits, will India again drag its feet in retaliating?”

The Trump administration on Friday announced that it will withdraw India’s GSP benefits. India has termed it as unfortunate and it’ll uphold its national interest in these matters.

“The United States of America (USA) has w.e.f. 5 June 2019 withdrawn India’s GSP benefits. These are unilateral, non-reciprocal and non-discriminatory benefits extended by some developed countries to developing countries. India as part of our bilateral trade discussions, had offered resolution on significant US requests in an effort to find a mutually acceptable way forward. It is unfortunate that this did not find acceptance by the US. India, like the US and other nations shall always uphold its national interest in these matters. We have significant development imperatives and concerns and our people also aspire for better standards of living. This will remain the guiding factor in the Government’s approach” India’s commerce Ministry said.

“In any relationship, in particular in the area of economic ties, there are ongoing issues which get resolved mutually from time to time. We view this issue as a part of this regular process and will continue to build on our strong ties with the US, both economic and people-to-people. We are confident that the two Nations will continue to work together intensively for further growing these ties in a mutually beneficial manner” it added.