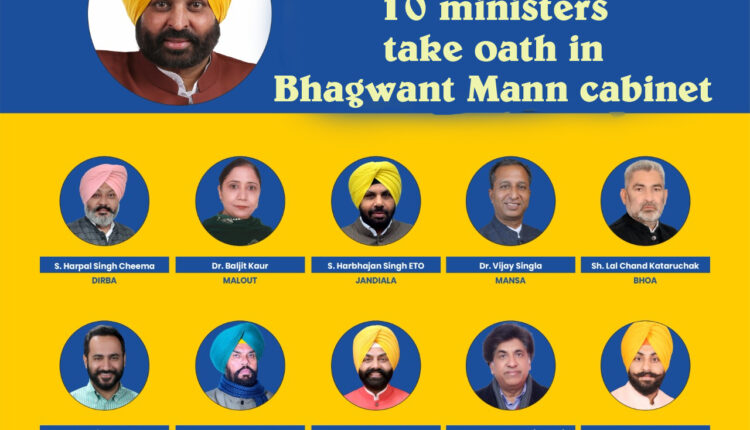 Bhagwant Mann took oath as Chief Minister of Punjab in 16th March. The Aam Aadmi Party (AAP) has registered a record-breaking victory in Punjab by securing 92 out of 117 seats in Punjab. In the following day, i.e. in 17th March, AAP MLA’s took oath as members of the state Assembly. The legislators were administered the oath of office and secrecy by Protem Speaker Dr Inderbir Singh Nijjar.