Ganjam: The eastern state of Odisha is gifted with a long coastline of 480 kilometers ranging from the northern district of Balasore (adjacent to West Bengal) to the Ganjam in South which is close to the Andhra Pradesh border.

However, in the last few years due to several climate and man-made reasons, the southern part of the state has faced several threats which have posed livelihood and existential crises for the population which live close to the coastal regions especially the fishermen communities which rely heavily on the sea waters for their survival.

Several villages in the region lying along the Bay of Bengal like the Podempetta, Arayapalli, Ramayapatnam and others have witnessed massive destruction to the standing houses of the fishermen communities which used to live here and were mostly confined to fishing trade to sustain their families.

Gopal Krushna Sahoo is a resident of Ramayapatnam. He said that more than 20 houses in the village have been destroyed due to the high tidal waves emanating from the sea whereas cyclones in such areas also create havoc in the area, leading to cascading effect on the destruction spree. 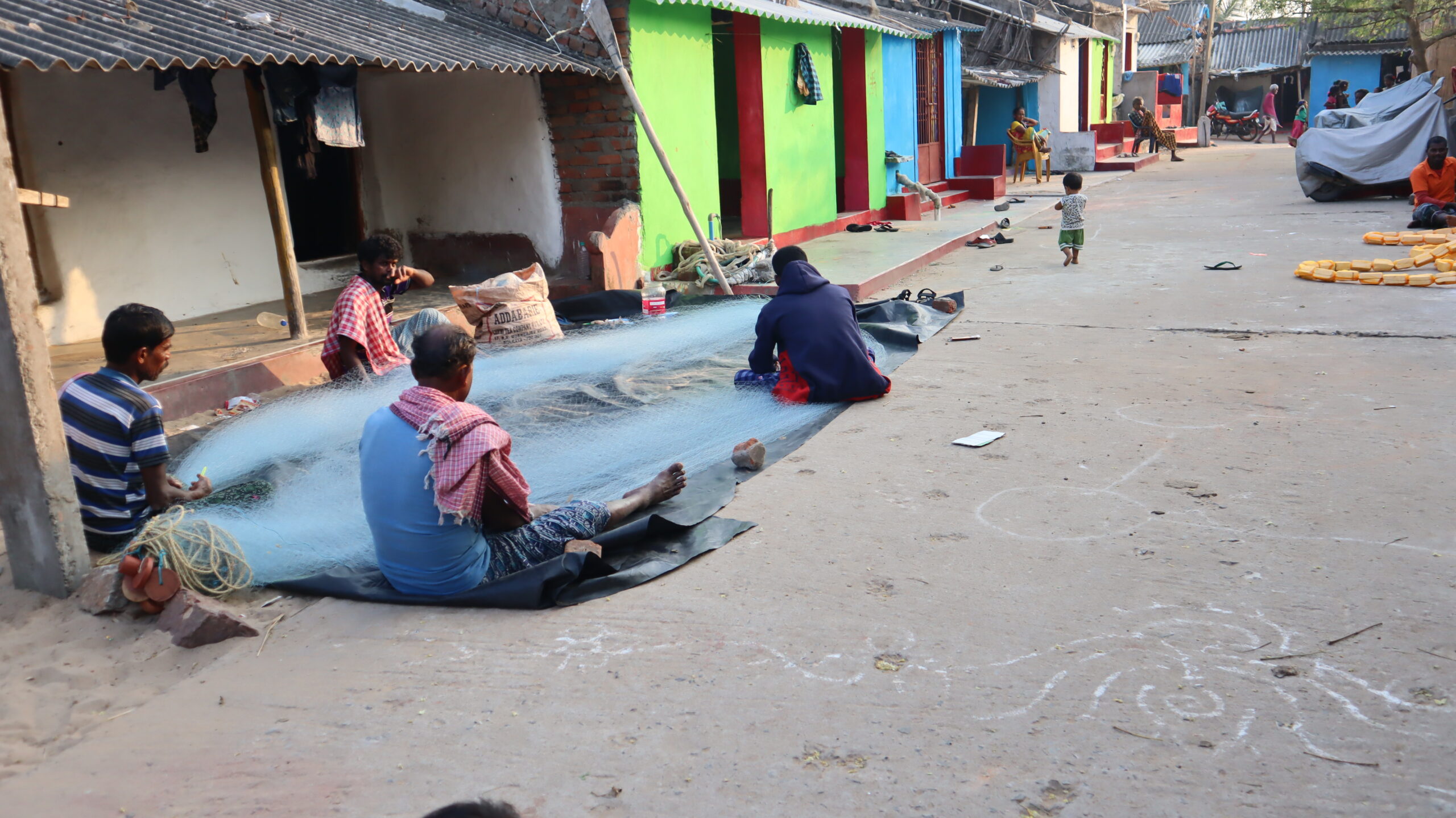 “In the last five years, there had been several damages to the houses lying close to the sea. This village is mostly inhabited by the fishermen communities who totally depend on fishing to feed their families. Earlier the impact of the sea erosion was not much but in the last five years the damages caused by the climate-triggered issue has escalated,” Sahoo said.

He also showed several damaged houses, community hall and other buildings which have seen the damages due to the sea erosion. Hapana is a fisherman living in Ramayapatnam. He said that he has been engaged in the fishing trade for the last 30 years. He said, “Most of the youth and the elderly are into fishing and often venture deep in the sea to catch fish. Others at home including the women often take care of making and repairing the nets to ensure hassle free work. However due to increased sea erosion, several times the fisherman households are forced to look after their damaged houses and repair works which not only takes time and but also their earnings,”

Ramayapatnam is not the only structure that has faced the menace but coastal villages like Podempetta and Arapalli also have witnessed the same issue and are struggling. According to the Ganjam district administration, special rehabilitation centres have also been opened for the displaced households in such coastal villages where a single room, electricity and water supply facilities have also been given to them. 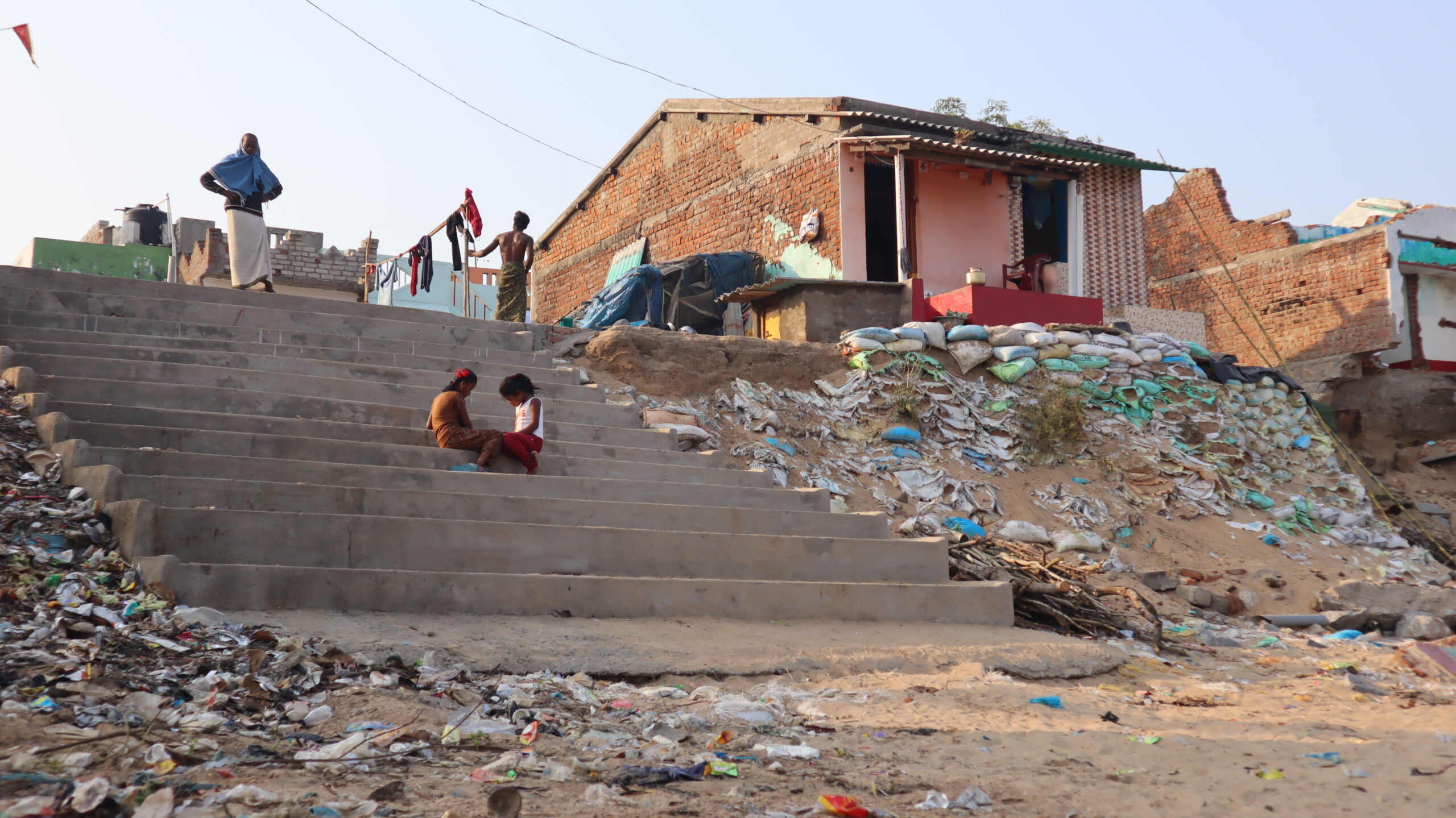 A similar rehabilitation colony was also readied recently near Ramayapatnam. However, the response from the affected villages here is not encouraging enough. Only 2-3 families have shifted to the new colony. Several fishermen claimed that as they are directly working on the sea waters their proximity with the sea is needed to do their fishing business without much hurdles.

Experts claimed that construction of ports and climate reasons were responsible for the woes in the entire South Odisha coast. “Due to several man-made reasons like construction of ports and climate reasons have triggered increased sea erosion. In the last few decades the number of cyclones have decreased but the intensity of the same have increased leading to more devastating effect on the coastal reasons of Odisha,” Pratap Mohanty, Professor of Marine Sciences at the University of Berhampur said.

CCI approves acquisition of Solenergi Power by Shell from Actis