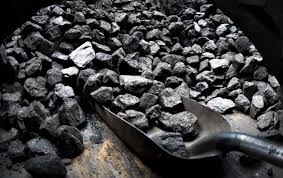 Biznextindia : With the onset of the festive season, India’s Coal demand is likely to improve in the October-November quarter. Coal supply is also likely to improve after easing of mobility restrictions and the government’s focus on restricting coal imports, predicted India Ratings and Research (IndRa).

“With the onset of the festive season in 3QFY21 and monsoons being at their fag-end, Ind-Ra expects the coal demand to pick-up year on year (yoy) as the end-user industries ramp-up their capacity utilisations to cater to improved demand for their products, gradually overcoming COVID-19 led disruptions. Coal supply is also expected to improve yoy, given the easing of mobility restrictions, receding inventory levels at power stations and the government’s continued focus on reducing coal imports, by entering into definitive agreements with end-users to substitute imported coal with domestic coal” said Ind R in its credit news digest on India’s coal sector.

The green shoots of demand in the economy indicate a recovery path ahead. Supported by a 4.0% yoy recovery in domestic power demand for the first time after six consecutive months of a lower yoy demand, coal offtake recovered strongly by 26.6% yoy to 50.1MT in September 2020, higher 6.3% month on month (mom). The increased demand was also partially fed by inventory at power stations. Accordingly, domestic coal production bounced back sharply in September 2020 to 43.9MT, higher 25.3% yoy and 10.7% mom, despite the monsoon season. Such recovery has been seen after subdued production for the four consecutive months over April-July 2020, followed by a marginal 1.8% yoy recovery in August 2020.

By end-September 2020, non-coking coal import prices (South Africa origin) improved up to 12% mom on the back of improved capacity utilisation at thermal coal-based power plants, leading to a higher demand. Coking coal import prices witnessed a short-term 25% mom recovery on increased Chinese demand ahead of the eight-day Golden Week holidays from 1 October 2020.

China’s latest reported verbal ban on Australian coking and non-coking coal imports may aggravate oversupply conditions in the global market and keep the prices under pressure, especially for coking coal. However, this may be partly countered by the likely floods (as per Australia’s Bureau of Meteorology) in Australia which may suspend exports, disrupting supply, and extended Christmas closures during year-end contemplated in Australia. Development on Chinese port restrictions and Australian supplies shall remain the key monitorables.

India also concluded the first round of bidding for commercial coal mines under auction on 29 September 2020. The response from industry participants was tepid with only 19 mines receiving qualifying bids – 50% of the 38 mines on offer – which shall be eligible for the second/final round of bidding. The cumulative peak rated capacity of such eligible mines shall be around 50mtpa – 25% of around 200mtpa for all the 38 mines on offer. Steel mills did not participate in bidding for the four coking coal mines auctioned while no interest was garnered from foreign investors.

India’s steel output may drop by 12%, consumption by 17% this fiscal: Care Ratings