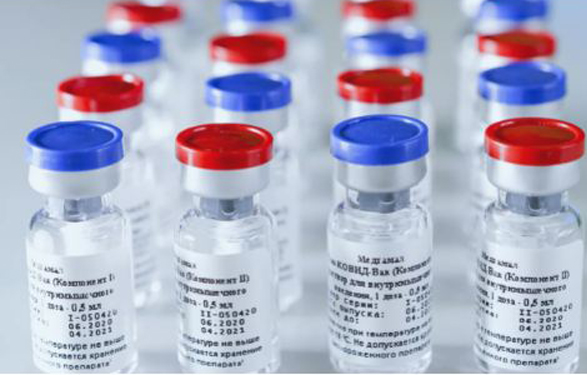 The first batch will be shipped to the Gamaleya Center for the quality control. RDIF and Morepen Laboratories signed a cooperation agreement in June 2021 and are actively implementing the technology transfer.

Sputnik V was granted an emergency use authorization in India on April 12, 2021. India is the leading production hub for Sputnik V. RDIF had reached agreements earlier with other leading pharmaceutical companies in India – Gland Pharma, Hetero Biopharma, Panacea Biotec, Stelis Biopharma and Virchow Biotech. In total, agreements with partners in India provide for production of more than 850 mn doses of Sputnik V per year.

To date, Sputnik V has been registered in 67 countries globally with a total population of over 3.5 bn people. The data obtained by regulators of a number of countries during the vaccination of the population, including Argentina, Serbia, Bahrain, Hungary, Mexico and others, demonstrates that Sputnik V is one of the safest and most effective vaccines against coronavirus.

Sputnik V is based on a proven and well-studied platform of human adenoviral vectors and uses two different vectors for the two shots in a course of vaccination, providing immunity with a longer duration than vaccines using the same delivery mechanism for both shots.

“As the pandemic is yet far from over and new, more dangerous variants of coronavirus are being detected in various regions of the world, RDIF is increasing capacities for production of Sputnik V in India, one of the key hubs. Agreement with Morepen Laboratories provides for larger amount of Sputnik V to be available both for India and our partners globally to speed up the vaccination with one of the best vaccines in the world” said Kirill Dmitriev, CEO of the Russian Direct Investment Fund.