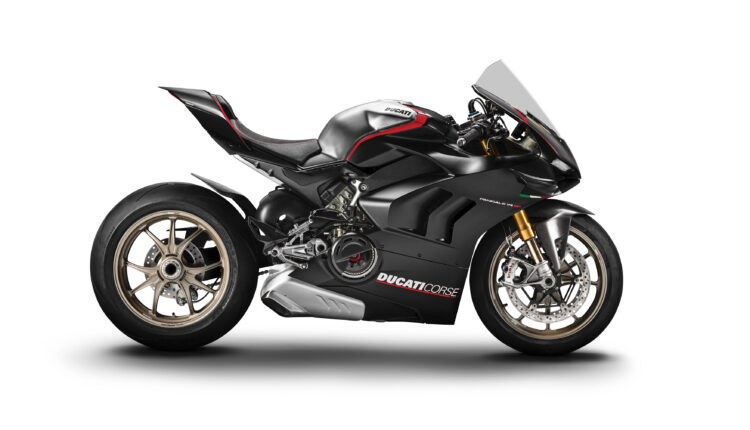 Introduced for the first time on the legendary Ducati 851, this abbreviation identified the versions that formed the basis for development of racing bikes used in the Sport Production Championship, a precursor of the current Superstock. Even today, in Ducati, the acronym “SP” is used to recognize a production bike with specific technical equipment that makes it faster on the track. Consistent with this philosophy, the Panigale V4 SP differs from the Panigale V4 S with a dedicated livery, steering head machined from billet which shows the progressive number of the bike, equipment enriched with chassis contents and the engine designed to increase its dynamic performance when used on the racetrack.

On the launch, Bipul Chandra, Managing Director of Ducati India said “We’re glad to be expanding the Panigale family in India with the introduction of the all-new Panigale V4 SP, the top-of-the-range Panigale model, which now comes marked with the revered SP moniker. The Panigale V4 SP is a distinct machine thanks to its dedicated and exclusive “Winter Test” livery, Dry Clutch, Forged Magnesium wheels and the Stylema brake calipers, and is built for those who want the absolute best on the racetrack. It’s exciting that something as fast and involving as the Panigale V4 SP is now available for the track day enthusiasts in India and we look forward to seeing it at the BIC, and the MMRT soon!”