Despite violence in West Bengal, over 64 % polling recorded in the 4th phase of Elections 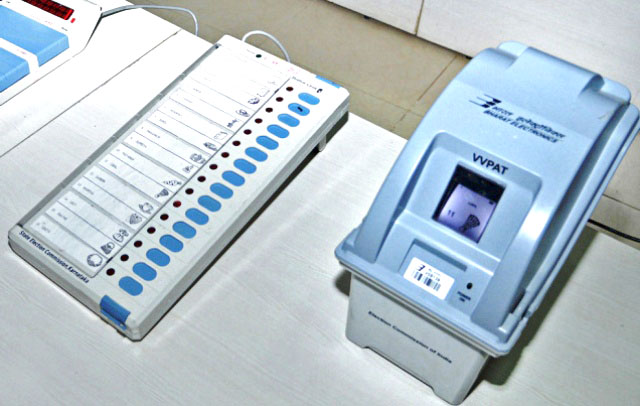 New Delhi: Incidents of violence in West Bengal and EVM glitches in some areas were reported as over 64 per cent polling was recorded in the fourth phase of Lok Sabha election on Monday.

West Bengal recorded a high turnout at 76.47 in the eight seats though clashes broke out between supporters of rival parties in Asnasol, Nanoor, Rampurhat, Nalhati and Suri areas of Birbhum seat, leaving several people injured.

Voting was held for 17 seats in Maharashtra, 13 each in Rajasthan and Uttar Pradesh, eight in West Bengal, six each in Madhya Pradesh and Odisha, five in Bihar, and three in Jharkhand in this phase.  The Election Commission said a total of 68 per cent voter turnout has been reported in Odisha where Lok Sabha and Assembly elections were held simultaneously. By-polls to the Chhindwara Assembly seat in Madhya Pradesh, Nighasan in Uttar Pradesh, and Krishnaganj in West Bengal were also held.

Modi takes oath as PM for the second time, Know the complete list…

Naveen Pattnaik sworn in as Odisha Chief Minister for the 5th…