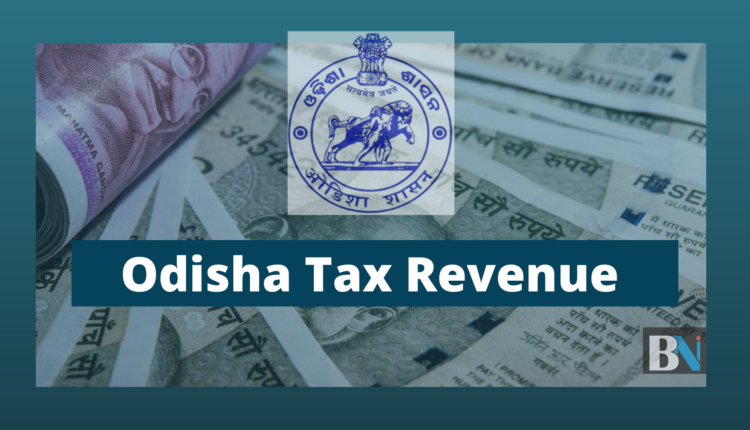 Bhubaneswar: After losing a significant portion of its tax revenue in the first three months due to the lockdown, Odisha has registered a sharp recovery in the month of July.

According to the monthly data released by the state finance department, the state has reported 21.87 per cent rise in its July tax collections at Rs. 1894 crore from 1554 crore in June. However, it is 5 per cent below the overall tax collection in July 2019.

After the re-opening of economic activities, Odisha has registered significant recovery in its own tax revenue (outside GST). While the state’s own tax revenue was only Rs. 130 Crore in April, it has improved to Rs. 424 crore in June and Rs. 631.95 Crore in July 2020.

Meanwhile, the state’s total tax revenue in the April-July period has dropped by 27 per cent to Rs. 4891 crore from Rs. 6710 crore in the corresponding period last year.

Several state governments have increased their market borrowings after losing a significant portion of their revenue in the lockdown period. According to a report by Care Ratings, 13 states out of the 26 states that have issued SDLs so far in the current financial year have seen their borrowings increase by 50% and more when compared with the corresponding period of 2019. Odisha’s market borrowing has increased by 50% to Rs.3000 crore in the period between 7 April to 11 August 2020 as against Rs.2000 crore in the corresponding period of 2019.

Tamil Nadu, Maharashtra, Andhra Pradesh, Rajasthan, Telangana, West Bengal, Karnataka and Kerala are amongst the largest borrowers so far in 2020-21 and have accounted for 74% of total borrowings. On the other hand the borrowings of 8 states have been lower than year ago. These include Uttar Pradesh, Punjab, Bihar, Jharkhand, Uttrakhand and the north-eastern states.